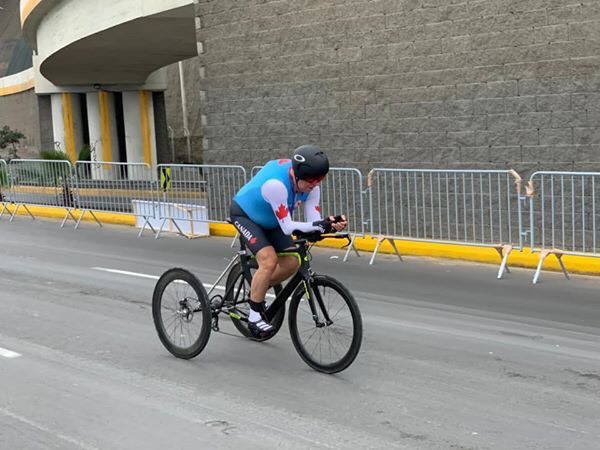 Another Pointe-Claire resident has had an exciting competitive season on the international scene. Mike Shetler has certainly re-invented himself. At age 59 and after an accident that left him disabled with a severe Traumatic Brain Injury five years ago, Mike started back riding an adapted bicycle with three wheels.

Over the past few years, he started to race at the World Cup level with the National Para-cycling team around the world. 2019 was his best year yet as he won the National Road Race Championships as well as represented Canada at the Parapanamerican Games in Lima, Peru where he reached the podium with two Bronze medals.

This active West Island resident doesn’t let anything slow him down and has dreams of being chosen to represent Canada at the Paralympics.

“It’s all so overwhelming for me but I have a lot of support. First of all, my family, including my brand new twin grandsons. But it really takes the work of several coaches to help me reach these upper levels of competition. As well as it takes a team of financial supporters to help cover some of the costs to compete at this level. Again I am extremely fortunate to have a number of, mostly local, backers, including Cycle Paul, Team Boscus, Physiomentum and Planété Courier. Without their support, I really could not afford all the training & equipment costs or travel costs.”

Mike is easily recognizable out on the road. Keep an eye out for him in the spring as he gets ready for an important season.