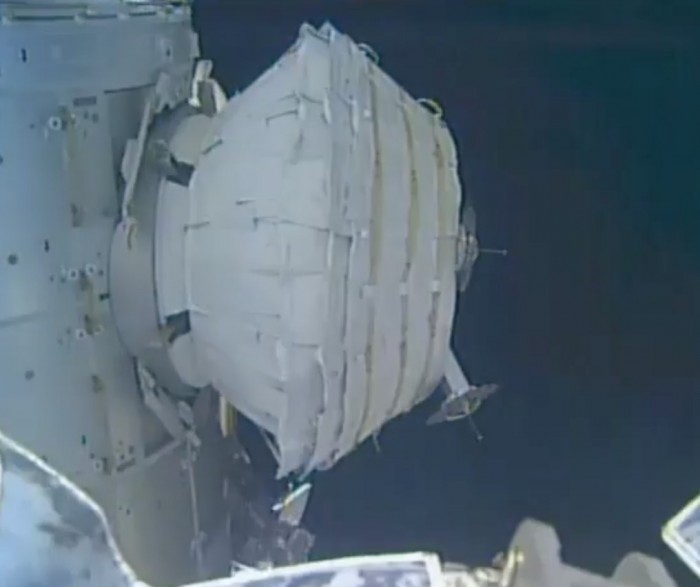 We can see the Space Station from home on the West Island!!!

Two Days ago Commander Peggy Whitson and Flight Engineer Jack Fischer of NASA concluded their spacewalk at 10:06 a.m. EDT.  The stroll took two hours and 46 minutes and included replacing a computer relay box and the installation of a pair of antennas to enhance wireless communications for future spacewalks.

According to the NASA update, Spacewalkers have now spent a total of 1,250 hours and 41 minutes working outside the station during 201 spacewalks in support of assembly and maintenance of the orbiting laboratory. This was the 10th spacewalk for Whitson, who moves into third place all-time for cumulative spacewalking time, and the second for Fischer.

The space station is visible at various times throughout the year from right here on the West Island. The Space Station is visible because it reflects the light of the Sun – the same reason we can see the Moon. However, unlike the Moon, the space station isn’t bright enough to see during the day. It can only be seen when it is dawn or dusk at your location. As such, it can range from one sighting opportunity a month to several a week, since it has to be both dark where you are, and the space station has to happen to be going overhead.

The space station looks like an airplane or a very bright star moving across the sky, except it doesn’t have flashing lights or change direction. It will also be moving considerably faster than a typical airplane (airplanes generally fly at about 600 miles (965 km) per hour; the space station flies at 17,500 miles (28,000 km) per hour).

How do I Spot The Space Station?

Go to the Nasa Spot the Space Station website right here to get the date and times when you can see the space station in the night sky.

A nice activity to do with the family on a clear night.