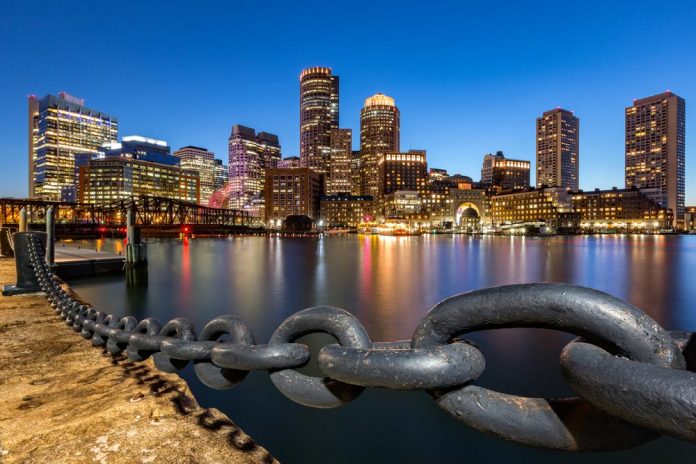 Massachusetts State Representatives on Thursday voted unanimously in favor of legalizing sports betting. However, the bill still faces a big hurdle that Bay Staters must overcome.

The House voted 156-3 in support of Bill 3993. Initially, the House voted for Bill 3974 that back economic initiatives that included sports betting. The bill passed by the same margin as Bill 3993, but the sports initiative was scrapped a few days later by the state Senate.
The Senate is unlikely to take the bill this year, and the chamber may altogether pass its bill. If that is the case, a committee must be formed to negotiate a compromise.

Senator Eric Lesser (D-Longmeadow) hopes to get things progressing by the end of the calendar year. The difference between House and Senate chamber bills is the college sports betting.

The bill is sponsored by Lesser excludes college betting, while the legislation passed in the House permits college sports betting, exempt for player props bets.

While introducing the Bill to the House floor, state Rep. Jerry Parisella (D-Beverly) said that college games account for 40 percent of the market. He added that the fear of match-fixing is a reason why the state should legalize it.

“First of all, it brings it out of the shadows. We want to make sure that issues like the shaving scandal that happened at Boston College a number of years ago don’t happen. It brings it out into the light.”

House Bill 3993 also allowed online operators to acquire a license without necessary partnering with state-licensed casinos or racetracks. However, casinos and racing facilities are permitted to partner with mobile partners.

However, the lawmakers paused the issue of including professional sports arenas for a license. The House has requested Massachusetts Gaming Commission (MGC) to conduct a study and present finding next year.