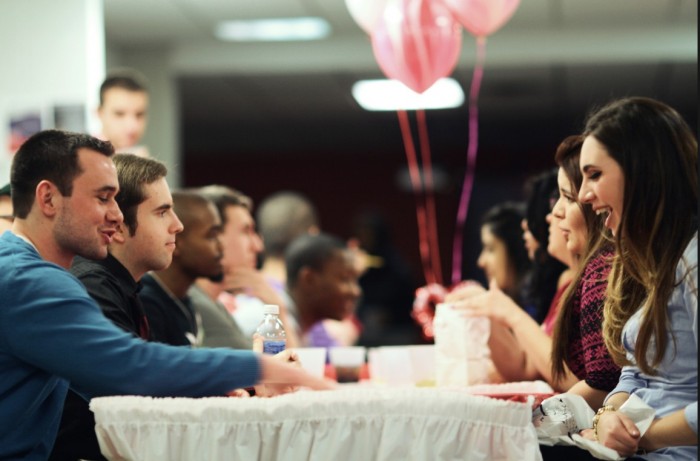 Sergio Dos Santos had heard of speed dating but when he actually tried it he was “hitched”.

According to Dos Santos if you want to try something new, his speed dating service is the place to try.

“A list is created and the event planned before it is announced on our Facebook page,” Dos Santos said, “based on the list of signups we determine a location for the event, either a restaurant or party hall, always in Montreal or the surrounding area.”

The list is then completed the event location is announced on Facebook.  Entrance fee is $25. Participants are both English and French.  Registration is free.

Speed Dating –  why is it better?

#1 – Fun – It’s more fun-filled meeting new people and sizing each other up isn’t it? Get the most fun in a relaxed atmosphere when you decide to speed date….

#2 – Speed – This is where speed dating holds the aces. You have between 5 to 15 minutes to sell yourself – personality, likes, values etc, to the other party.

#3 – Quicker and more practical – Where online dating relies on the other person’s voice and perceived identity, speed dating eliminates that possibility.

#4 – Build confidence – For you to effectively manage speed dating, you have to sell yourself to at least one person.