Last week was no ordinary week for one baby racoon in Beaconsfield who, inadvertently, took a ride on a recycle truck. Racoons and squirrels are often blamed for the holes chewed on the heavy plastic garbage cans in Beaconsfield, but this time, the six-month-old racoon got more than he bargained for.

The masked bandit was enjoying a nibble when the bin was dumped into the recycle truck. He instinctively burrowed deeper into the truck in search of safety. 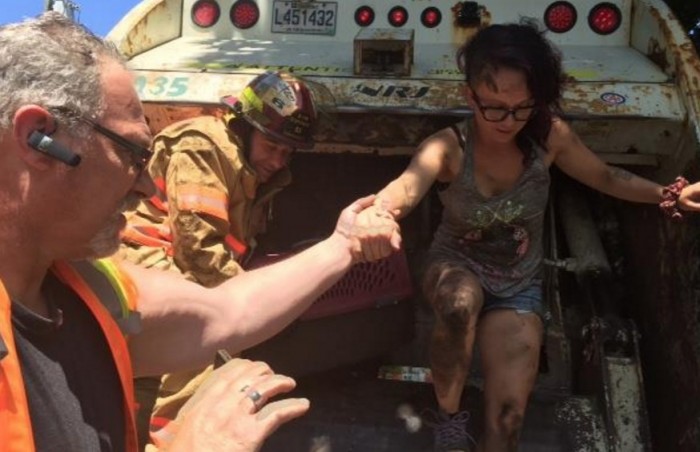 The rear worker on the garbage truck saw the little animal jump when the bin tipped and stopped the crushing process before any damage was done. The fire department and SPCA West Island’s Valerie Moreau were called to the scene.

Moreau dove into the truck with a canful of cat food to coax  him out. Though he did not respond to the food, Moreau eventually caged the racoon and brought him to a nearby park close in proximity to where the bin was collected.

As of Monday, June 27, the latest guest at the West Island SPCA is doing well.