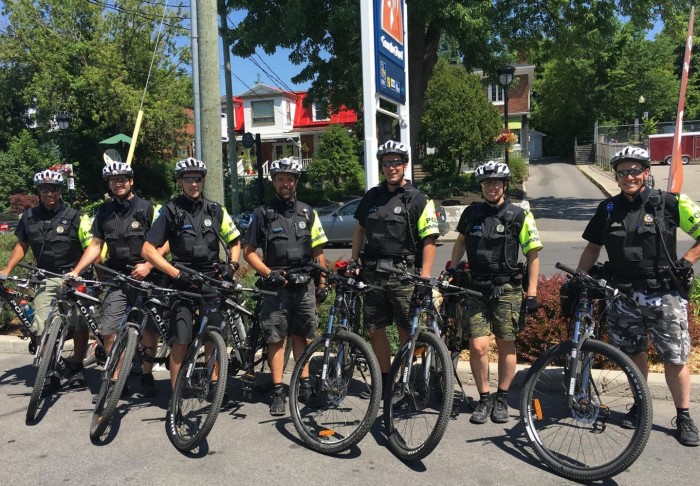 The first of several planned awareness initiatives by Police Station (PDQ) 1 and 5 took place on June 4. More than 260 cyclists were verbally advised that there will be a crack down on sports cyclists who do not abide by the Quebec Highway Safety Code.

At the Beaconsfield public council meeting, on June 20, Commander Sébastien de Montigny of Station 1 indicated that there would be three to four more initiatives taking place this summer in the southern cities of the West Island that include the cyclist path, Green Route # 5 on its territory. Green Route #5 runs along the waterfront attracting many cyclists in the region. The dangers of pedestrians, bikers and motorists sharing the road has become a common complaint in recent years as bikers speeds are on the rise, while they appear to ride with little regard for street signs and road laws.

According to Montigny, the upcoming initiatives will not be giving out warnings but fines in the form of tickets for those not respecting the rules of the road.

“Cyclists and cars need to share the road,” he stated. “We have advised Velo Quebec as well as major cycling clubs to let them know what we are up to. This should not come as a surprise.”

Offending cyclists will be forced to produce their driver’s license as identification and will be fined as would a motor vehicle. Those without a driver’s license will need to give their name, address and birthdate. Minors are also subject to the maximum fines of $119.

“The message we would like to send is that cyclists and motor vehicles need to be more careful while the share the road,” he explained. “It is a question of judgement and Savoir Vivre.”