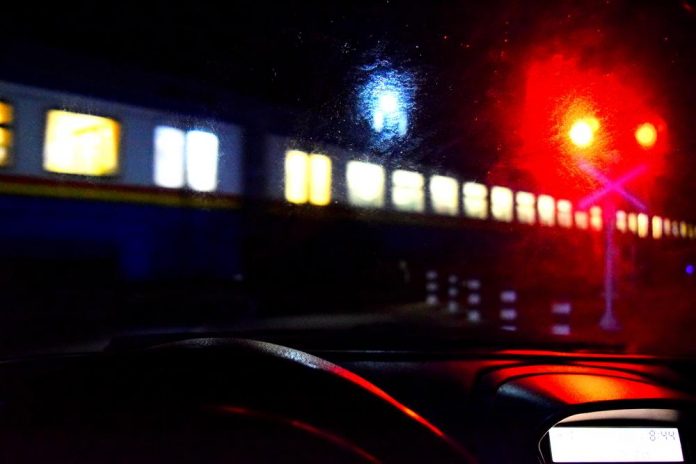 Peel police have found the vehicle involved in the alleged kidnapping of a woman in Brampton Sunday as the search goes on for her and the suspect.

Police were called to a home on Adventura Road, close to Mayfield and Mississauga roads, just before 3 a.m. for a reported disturbance.

“Reports were a male was screaming and banging on the door of a residence,” Const. Heather Cannon told reporters at the scene on Sunday morning.

“We attended (and) there was a female that was screaming, (police) heard screaming somewhere inside the residence.”

The Special Investigations Unit (SIU), which is now looking into the interaction between police and a suspect inside the home, said officers broke the door of the residence and traced the sound of screams to the garage.

In the garage, police identified a male suspect in the driver’s seat of a vehicle and a female in the rear seat, the SIU said in a press release on Sunday.

“There was an interaction, and two officers discharged their firearms in the direction of the vehicle,” the statement read.

As per police officers, the man then left the area with the female victim, who went reluctantly. They were last spotted traveling in a black Honda Civic with the license plate number BZHE247.

After acquiring tips from the public, the vehicle was found Sunday afternoon in the area of White poppy Drive and McLaughlin Road in Brampton, around 8km from the home where the kidnapping happened, according to police.

“That vehicle has currently been seized and is being processed for evidentiary purposes,” Supt. Sean Gormley said. “The vehicle, however, was unoccupied, and the female party and male party are still outstanding at this time.”

Asked if they have found anything on the car that could assist in the probe, Gormley said he could comment as it’s part of the SIU’s investigation.

No one knows if someone was harmed by the bullets fired by the police this morning.

“At this time, it is not known whether the man was struck by gunfire. However, the SIU’s mandate was invoked as per the Special Investigations Unit Act because a police officer discharged a firearm at a person,” the SIU’s statement continued.

The SIU is called to probe any interaction between an Ontario police officer and a member of the public that leads to death, an allegation of sexual assault or serious injury.

According to police, the incident is being investigated as a kidnapping, and the suspect has been identified as Kwami Garwood (21), who is thought to be armed and dangerous.

Gormley said Garwood is wanted on multiple outstanding warrants in the GTA, including a first-degree murder warrant in connection with the shooting death of 43-year-old Andre Charles in Toronto last year.

“Given the nature of the warrants that are currently outstanding for Mr. Garwood, he does have a foothold throughout the entire Greater Toronto Area. And so, we are using all resources possible to us to try and locate him.”

Police have additionally issued the name of the victim, known as Salina Ouk (23). Gormley said they have reached out to the victim’s family, who are really concerned. He added that the woman and the man are involved in a relationship.

“We’re still trying to determine the length of that relationship – how long they’ve been together. But she is not a stranger to him,” Gormley said.” We do believe that they are involved in an actual relationship — boyfriend, girlfriend.”

Gormley added that they are not sure if the two persons fled in another vehicle or left on foot.

“Investigators are currently on the scene canvassing the area looking for any potential leads as to the whereabouts of these parties to see where they went,” he said.

“We’ll be canvassing for video, speaking to residents in that area to see if they saw anything that might assist us in locating the male and female party.”

Any person with information regarding the whereabouts of the suspect and the victim is being asked to call 911, investigators at 22 Division Criminal Investigation Bureau at 905-453-2121, ext. 2233, or Crime Stoppers anonymously.