A child about 6 years old and a man about 55 years old were shot on Friday, November 9, during the evening on the West Island.

According to information obtained by TVA and the SPVM, it was the father of the child who fired at about 7 pm towards his son and a 55-year-old man.  Both victims were conscious and speaking during their ambulance ride to the hospital.

Police stated at 9 pm that the house was barricaded by police with alleged shooter inside.

A source who requested anonymity indicated that the man could be in psychosis as a result of the consumption of narcotics.

The suspect then barricaded himself inside the residence, which is located in the area of ​​Sainte-Marie Road and Montrose Street, on the Beaconsfield-Kirkland border.  A police operation is under way at press time. 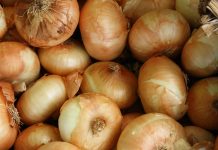