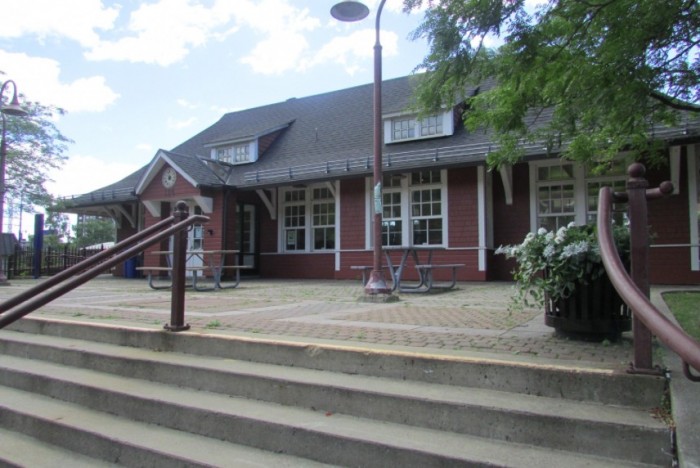 The City of Pointe-Claire, is proud to announce the creation of the City’s second permanent mural with the theme of transportation at the Valois Village train station.

Ilana Pichon, the artist from the organization MU, recognized for its expertise in mural art, will use a graphic approach to symbolize the various means of transportation along Valois Bay. The mural will have three parts to illustrate the human influence on the landscape. The first part represents our influence on geography, organized around a map of the Valois Bay area showing the main roads and railways. The second part depicts walking and cycling, both used in the tunnel, and the third part presents graphic elements based on architectural motifs related to the surrounding urban landscape.

This is the third project overseen by Pointe-Claire’s Public Art Committee since it was established in 2013. In keeping with City policy to promote Pointe-Claire’s cultural and historic heritage, Council gave the Committee a mandate to promote the creation of public art works.

“The mural will beautify this space that sees heavy traffic from public transit users. We can count on the cooperation of the Agence métropolitaine de transport to make this project possible by improving the station,” states the mayor.

The mural will be completed over the coming weeks at the entrance of the pedestrian tunnel linking the north and south platforms.

“Everyone is invited to come see the artists at work and watch the mural take shape,” concludes Mayor Trudeau.