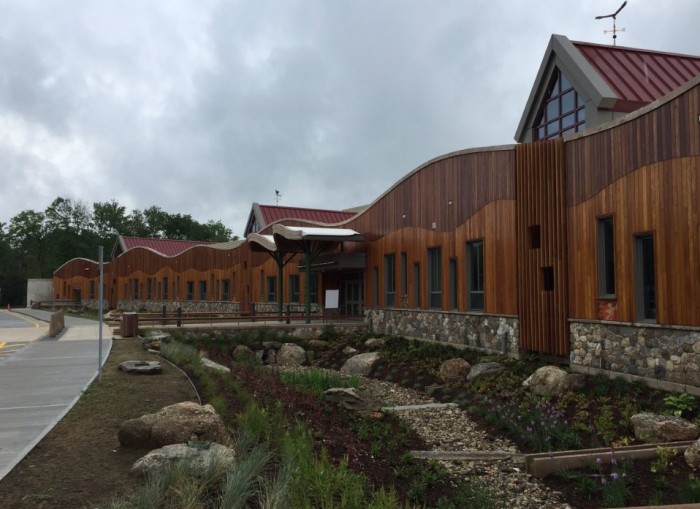 “The light shines in the darkness, and the darkness did not overcome it” John 1.5 – engraved a large metal bell in Sandy Hook. Rung 26 times every year at 9:30 a.m. at the exact time of the shooting.

NEWTOWN, Conn. – Standing outside the school that has risen again from the ashes has an eery feeling. The new Sandy Hook Elementary School will replace the school that was torn down after the violent murder of 26 people, 20 first-graders and six educators in December of 2012. 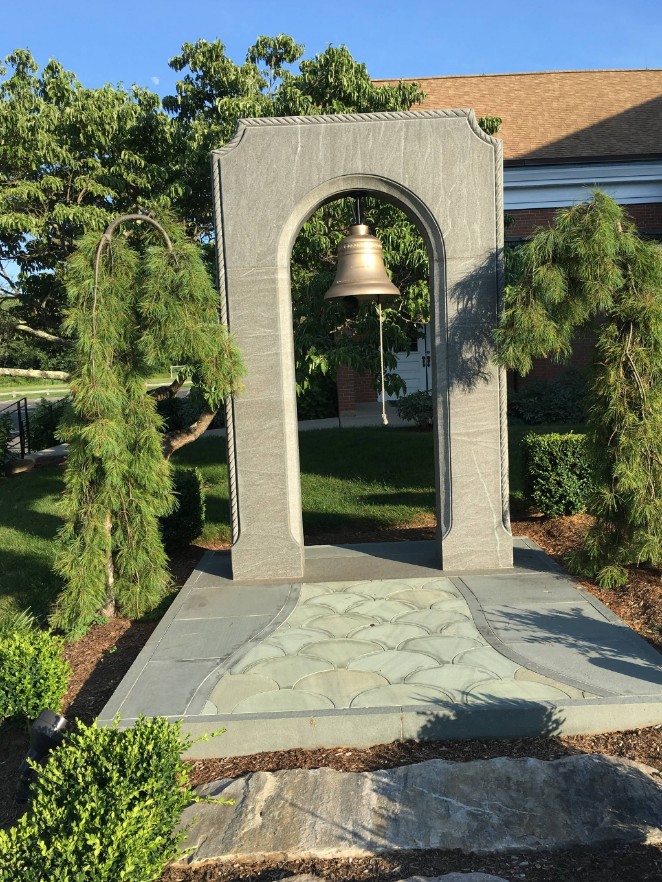 The new 86,000 square foot school that cost $50 million in state grant money, was designed to promote positivity. The community and media have been invited in to visit the school to give way to curiosity from the world and a quiet and respectful back to school experience to the young ones this September. More than 5,000 people will have visited the school by the time the doors open to students.

The new school is unique in many ways. It is the first school in the United States to be developed with input from the Department of Homeland Security, the FBI, other security agencies, FEMA, state agencies, town departments, educators, residents in the neighborhood, school administrators, teachers and past students.

The school was designed to allow those returning a new start featuring three courtyards, study spaces designed to look like treehouses and a moat-like rain garden. The parking lots are shifted, and care was taken so that views from the windows are new, not reminiscent of the old structure. Windows are raised making it harder to see the classrooms inside. The school is designed to promote learning, is environmentally friendly and ultra safe with heavy duty windows and a high-tech surveillance system. Very few reminders of the old school remain to allow students to 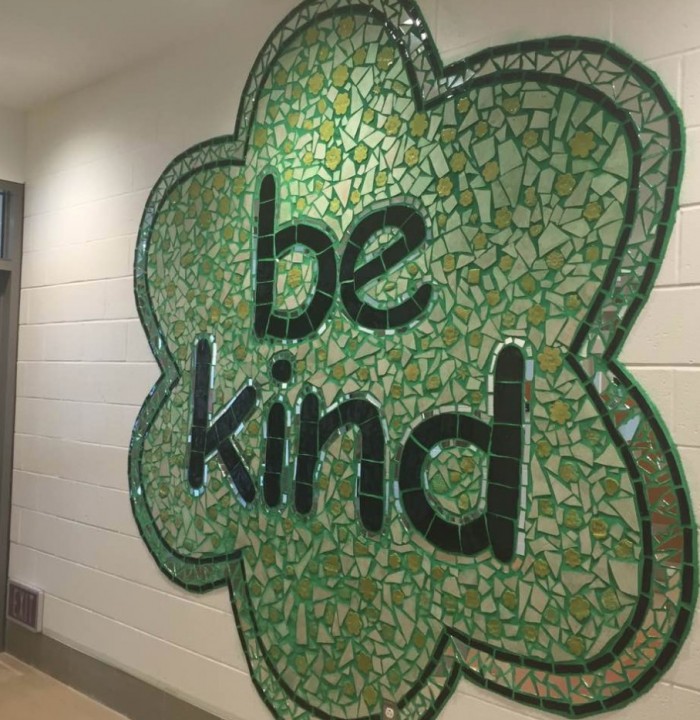 move forward. All that remains are two large concrete slabs containing dinosaur footprints that also sat outside the old building.

“We are a town that will never forget, and I am not sure ever fully heal,” said former Montrealer, Christine Nault Crudo. “The world was impacted by this tragedy, but our town remembers every day. When you say you live in Sandy Hook people, always feel a little sorry. This will allow the town to take a step forward in that healing process.”

The school has a focus on art, nature, and community. Notably, the large mosaic saying “Be Kind” displayed in the lobby of the school. The artwork created by Ben’s Bells has been a form of healing for the town over the past four years. Ben’s Bells, a movement to promote kindness has taken hold and opened a studio where those who wish to participate in sharing kindness can do so by creating a piece of a wind chime that will be shared throughout the community and beyond.