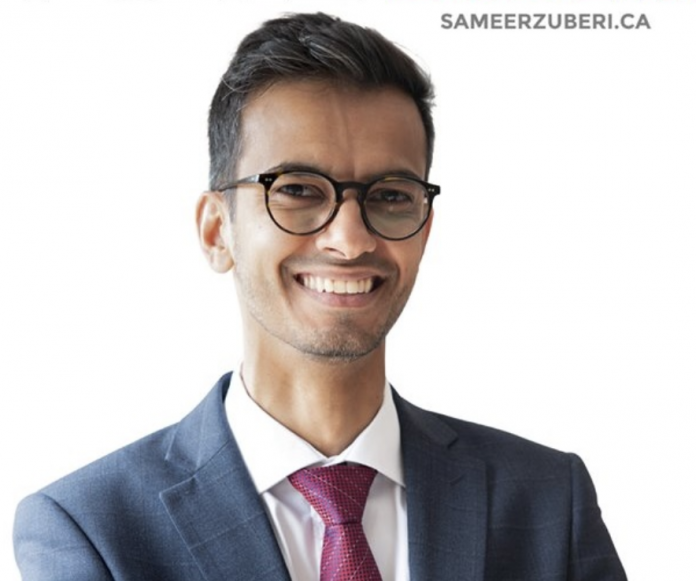 After a more than 24 hour wait, the Liberal Party of Canada finally announced their candidate for the Pierrefonds-Dollard riding late Monday evening. On Sunday, the night of the vote at midnight, it was determined that the count was close and a recount was to take place on Monday evening.

On Sunday, 3,200 Liberal members turned up to vote out of the 9,000 eligible voters.  Sameer Zuberi, a 40-year old father of two, with degrees in law and mathematics, walked off with the nomination.

Standard election rules allow each candidate to have a representative in the room during the count. The validity of some ballots was contested along with the ranked ballot system causing the delay. The ranking system is a manual paper system that is manually counted. Voters are asked to rank the candidates in order of preference.

Sameer Zuberi, according to his Liberal profile, has worked in McGill University’s Faculty of Medicine promoting diversity, in law, in media relations, human rights and served in the Canadian Forces Reserves.  Zuberi was born in Montreal and has lived in Pierrefonds-Dollard for the last 11 years. Zuberi’s mother is a third-generation Canadian of Scottish-Italian heritage, and his father came to Canada from South Asia in the 70s.

What exactly is a ranked vote and how does it differ from first-past-the-post system we have in place now?

In the system we currently have, the voter marks the person they wish to vote for on their ballot. When all the ballots are counted, the person with the most votes, but not necessarily a majority of votes, wins that district or position. This system is called the-first- past- the post system — the person with the most votes wins. So, if you have multiple candidates, you could win with twenty or thirty percent of the vote, if the rest of the vote is split between your competitors. You needn’t win with a majority; a plurality will do. (University of Toronto)