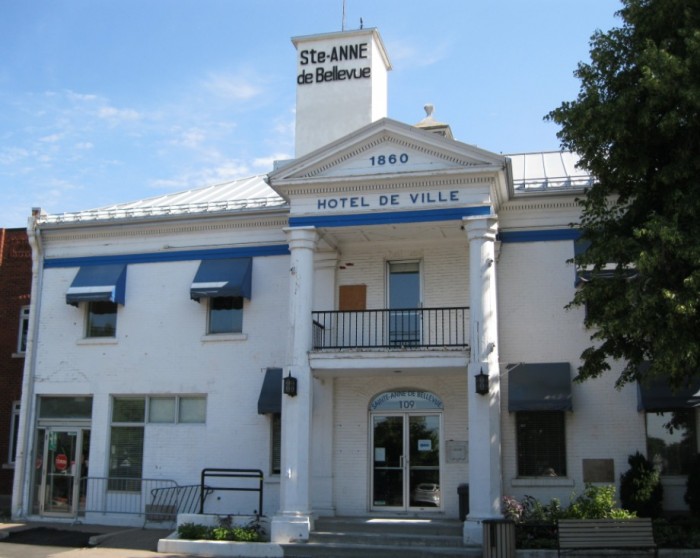 The majority of the 3 person Demolition Committee voted yesterday to authorize the issuance of a demolition permit for the 80 year old landmark Firefighters Hose Tower that sits atop Sainte Anne de Bellevue City Hall.

The actual costs which had remained confidential until yesterday’s meeting were publicly unveiled. They show a current cost difference of $14,000, rather than the original $40,000 previously advanced, between the cost of repairing the historic tower versus demolition.

Until yesterday due to the laws that protect the confidentiality of the contracts process, the general public was unaware that the $40,000 included annual regular maintenance costs of $1950 per year, for the next 10 years.

Hawa lists the specific costs that were under a veil of confidentiality on her Facebook page explaining how the costs are divided. She also points out that there are 30 days to appeal the demolition committee decision.

In a bold attempt to respond to the residents who are in favor of restoring the tower, Sainte-Anne Mayor Paola Hawa has set up a GoFundMe campaign for people who wish to save the tower.  So far the fund has raised $1,205 on the website with $2000 off-line pledged.

Should you wish to help save the Firefighters’ Hose Tower, go to GoFundMe – Save the Hose Tower and make a donation.

“The exact breakdown as per the estimates are:

* the estimates reflect the presence of asbestos