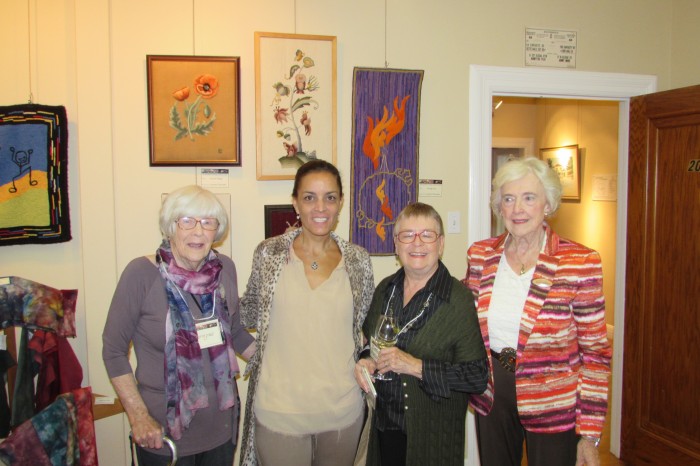 What used to be a survival craft to provide warmth, rug hooking,  is now an art form.  Beaconsfield Hooking Crafters Guild held a vernissage last Friday night, to show off 40 years of craftsmanship as well as art.

“The pieces are beautiful. Many people think of these works as rugs and not works of art,” Beaconsfield city councillor Karen Messier said, “These are truly works of art.”

Beaconsfield rug hookers celebrated their 40th anniversary of the group’s inception at Centennial Hall in Beaconsfield by lining the wall with rugs that could have been mistaken for oil paintings.

“The rugs are too beautiful to be stepped on,” said Volunteer West Island’s outreach coordinator, Shelley Hayden, “even though some of these are used that way.”

According to Linda Henderson, vice president of the guild, several of the members, who have been meeting each Monday since 1975, still producing hooked pieces, are into their nineties.  While at the other end of the scale, hooking classes are taught to enthusiastic grade five students at Sherwood Forest school in Beaconsfield. 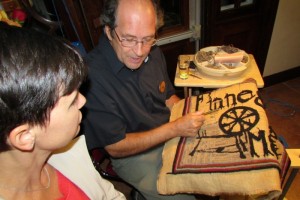 “We started out with five course a week to 40 years of creativity shown in this room made by people who did not think they had talent.” Lois Morris, founder of the guild, explained. “I think we broke some of those notions.”

“I had no idea the group would be around 40 years later,” said Morris, “I am very proud of the group.  I commute from Rawden to come and teach the girls each Monday.”