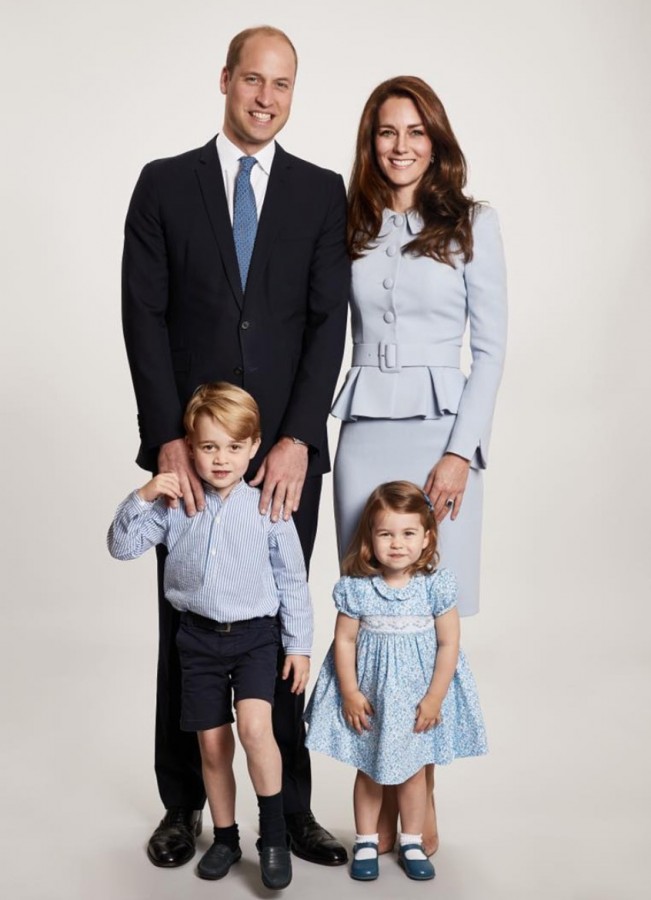 It’s beginning to look a lot like Christmas — especially across the pond.
The Duke and Duchess of Cambridge are pleased to share a new photograph of their family. The image features on Their Royal Highnesses’ Christmas card this year. The photograph shows The Duke and Duchess of Cambridge with their two children at Kensington Palace. It was taken earlier this year by @chrisjacksongetty
Kensington Palace released an image of the family card of Prince William and the Duchess of Cambridge, formerly known as Kate Middleton, on Twitter allowing the world to join in the holiday fairy tale.

Last year  Kate and William used a candid shot taken from a royal trip to Canada, but it looks like Prince George and little Princess Charlotte posed for a formal portrait this year. At ages 4 and 2, respectively, it looks like they’re both past the squirmy, fussy stages and are ready for their close-ups.