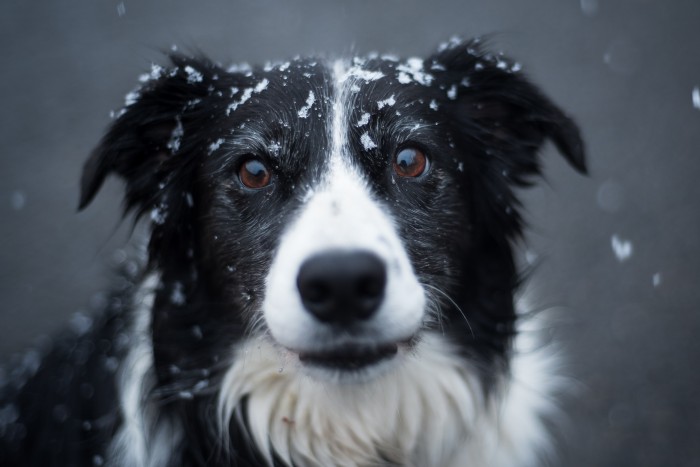 In early December, Rover.com, the nation’s largest network of 5-star pet sitters and dog walkers, released its first annual report analyzing the year’s most popular dog names in Canada. Rover dug into the data of thousands of dogs nationwide and dominating this year’s list were names inspired by popular baby names, with retro monikers becoming hotter than ever. Television and sports-themed names had a strong showing, and the Royals became a new source of inspiration with names like Sophie, George, Harry and Charlotte reigning supreme.

Rover’s data revealed that now more than ever, Canadians turn to human names as a source of inspiration, highlighting just how close they are to their pets. In fact, over 94 per cent of pet parents consider their dog a member of the family and over 28 per cent of all dog names are decidedly human. Top baby names like Charlie, Bella, Luna and Jack topped the list, while names with a retro flare like Minni, Fred and Pear also made an appearance. Canadians continue to embrace old school names and Rover expects names like Martha, Louise, Beatrice and Roy to make a splash in the dog community in 2019.

“We continue to see pets become more and more a part of the family with many pet owners even calling themselves “pet parents.” Forty-fourper cent of millennials see pets as a surrogate for children,” said Megan Teepe, GM, International of Rover. “This shift in attitude toward pet ownership goes hand in hand with the increase in care taken during the naming process. Just like a child, the naming of a dog is a form of expression, showcasing the dog’s personality and a pet parent’s love for their pet.”

The Dog People at Rover have one of the largest databases of dog names in North America. Rover’s team of analysts dug into the data and discovered that Canadians find naming inspiration in everything from hot new TV shows to their favourite sports teams.

Canadians draw inspiration from the world around them. That includes favourite TV shows, movies, and celebrities. This year pop culture-inspired names stayed popular, representing 8 per cent of all dog names. Most notably, as The Handmaid’s Tale enters its third season Canadians have taken notice, giving their pups names from the dystopian thriller.

There’s no denying Canada’s passion for sports, with three of the nation’s teams calling Toronto home. The Toronto Maple Leafs, Raptors and Blue Jays all hit home runs on the dog name list. In fact, sports-related dog names were up 22 per cent this year.

It was a big year for the Royal Family and pet parents followed suit. Not only did millions tune in to catch Meghan and Harry tie the knot, but Canadians named their dogs after royals in bunches. Sophia, George, Harry, Charlotte and Prince ruled 2018.

About Rover.com
Founded in 2011 and based in Seattle, Rover.com® is the world’s largest and most trusted network of five-star pet sitters and dog walkers. Rover connects dog owners with pet care whenever they need it. Millions of services have been booked on Rover, including pet sitting, dog walking, in-home dog boarding, and doggy day care.

As The Dog People™, Rover makes it easier for people to have dog love in their lives through the Rover Guarantee, 24/7 support, background checks, vet consultations, and GPS walk tracking. And by sharing expertise on TheDogPeople.com – one of the world’s top dog blogs – Rover provides tips and articles that delight, inform, and enhance the bond between people and their pets.

Methodology
The Top Dog Names report was developed by Rover between October  and December 2018. Results are based on analysis of thousands of user-submitted dog names provided by owners on Rover.com.