While this past Sunday was International Women’s Day, a disturbing trend is taking place within Montreal as the number of homeless women, many of them middle aged, continues to grow.  Recent statistics place that number at more than 6,500 but those are hard to calculate as most women fall under the “hidden homeless” category .  Those without a roof under their heads forego help at male dominated shelters and tend to sleep on friends’ and families’ couches at night temporarily.

In La Maison Margurite’s 2013 annual report noted that the largest increase of homelessness is happening to people aged 50 and over who have lost their jobs, have mental health or cognitive issues and a form of drug dependency, accounting for 66% of their clientele that year.

Operating that year at 152% capacity, the women’s shelter in the city received so many calls for help that 8,000 callers were turned due to inadequate space for all of the requests for temporary shelter.

In all, La Maison Marguerite received on average 713 calls every month, twenty-three calls per day.  Many clients deal with isolation and noted that they do not have a single person to call in case of emergency.  Coupled with recent changes in martial status and the loss of employment, it is not uncommon for the shelter’s clients to need help.

This past Fall, Léonie Couture, founder of director general of La rue des Femmes, put out a press release decrying the lack of social services and housing for homeless women while requests for help at the shelter have gone up 81% since it opened its doors only seven years ago.

Couture explained that with such an increased demand and not enough services available, the number of refusals the shelter had to make has gone 135% since 2008.    Without adequate social housing becoming a priority for the city, Couture’s concerns are that those who actually get off a waiting and into affordable housing, “the lodgings are not really ‘affordable’ because someone living alone on social assistance cannot afford the rent.”

Without social housing or even shelter beds, the women with nowhere to go “have to sleep in parks, their places of employment, in alleyways or have to negotiate with their bodies for a night on a sofa,” explained Couture.

Thanks to an initiative from Nazareth House, a residence for men, a new 30 bed domicile exclusively for the city’s homeless women, and those at risk of becoming homeless, will open its doors to the public this May.

To learn more about Anne’s House that will open its doors this spring, go online at http://maison-nazareth-house.com/annesshouse. 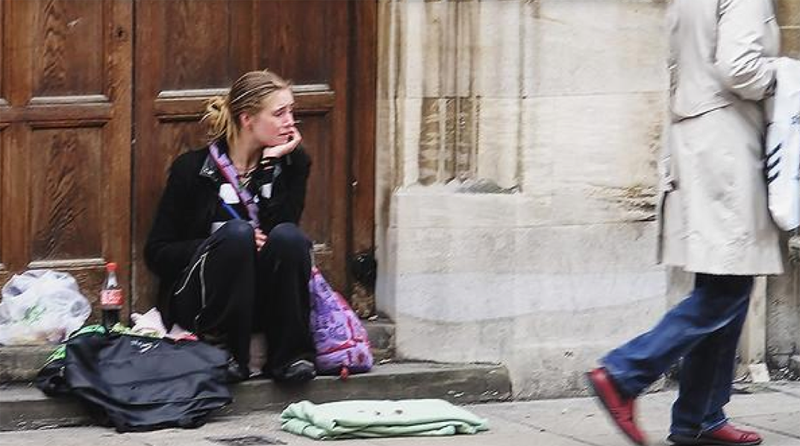