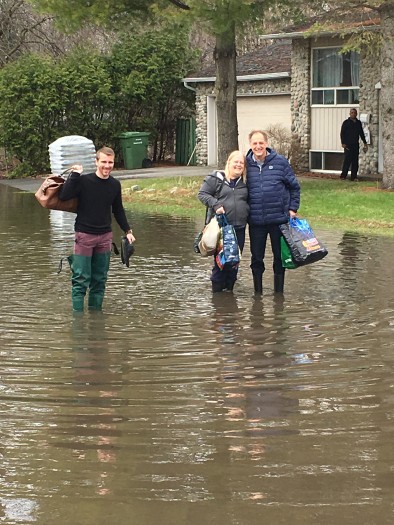 The flow of water from the Rivière des Prairies and Lac des Deux-Montagnes is on the rise. Due to announced rainfall, the Department of Sustainable Development, Environment and Climate Change (MDDELCC) forecasts point to a slight increase in water levels in the coming days. Rigaud declared a state of emergency due to flooding late Thursday evening while Sainte- Anne-de-Bellevue, and Senneville are on high alert. Rigaud has declared a state of emergency as water levels continued to rise in communities both west of Montreal and in parts of Laval. 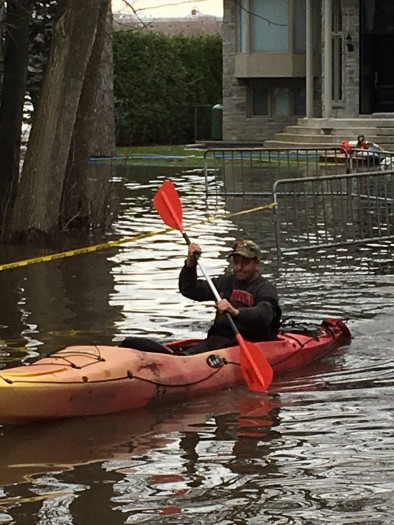 Water has been flooding into homes in more than ten separate areas in Ile Bizard since last Friday.

Residents on Jean Ives Street feel they have been dealing with an undeclared state of emergency and are pleading for help.

Resident Rock Pelletier feels sand bags are slow in coming and short in supply. He has been traveling to and from in a kayak to help locals get to and from their homes.

“We have been doing what we can with what we have but this is a state of emergency, and we need help as the levels are expected to rise in the next few days,” he explained. ” we haven’t seen this since 1998.

The last time residents experienced a rise in the river to this magnitude was in 1998.

“There are several zones affected on the Island at this time, and public workers are spread thin,” Public Works research technician, Charlotte Côté said during an interview. “I don’t believe we are missing sand bags, but we are short of people to deliver it.”
Any request for sandbag delivery should be made as soon as possible, by contacting 311, according to the city website. Upon request, a public works team can assist with the installation of the bags if indicated at the time of the request.

The city is urging citizens to remain vigilant and ready to take the necessary measures. For information on what to do in the event of a flood. 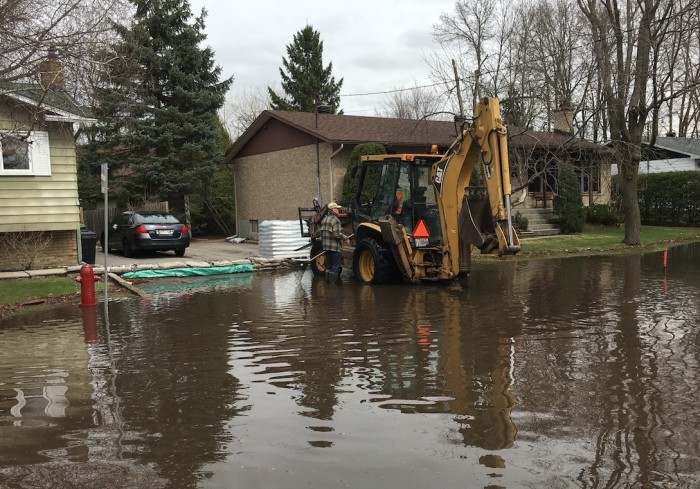