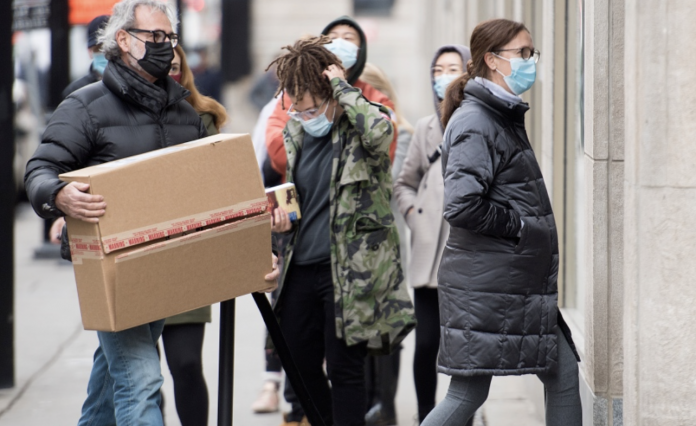 Public health guidelines will be tightened as of today, in all types of businesses in Quebec, including those with a storefront, those in shopping centres and supermarkets.

Owners of commercial establishments will have to set a limit on capacity and will have to display that information at their store’s entrance.

Increased surveillance by the police and the CNESST will be carried out in commercial establishments, particularly during Boxing Day sales on Dec. 26, known for its significant shopper turnout.

The tightening of health guidelines in shops as the holiday season approaches was announced at a news conference on Wednesday by Deputy Premier Geneviève Guilbault.

She said merchants should also ensure that the two-metre distance rule between customers is respected at all times, in addition to mask-wearing both indoors and in lines.

The government said it wants to prevent increased traffic in stores during the holiday season from becoming a significant risk factor in the spread of COVID-19.