Home Entertainment Republic of Sarah shooting in Lachine this week 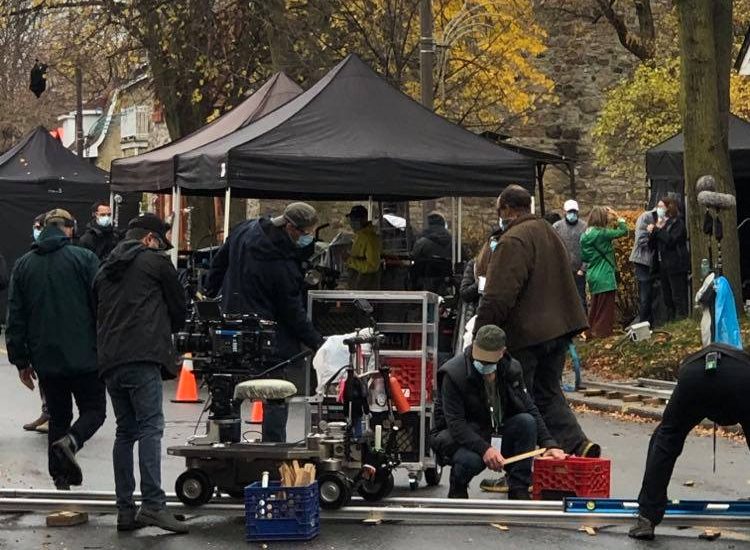 Newcomer Stella Baker from TNT’s Tell Me Your Secrets stars in the CW’s small-town America-set drama pilot The Republic of Sarah.

West Islanders love their movie nights. More than that they love to know where in our region’s films are being shot.  As it turns out, COVID has not stopped production for long.  The upcoming television drama series, The Republic of Sarah,  is currently being filmed in Lachine.  The stunning waterfront views and lower costs bring many movie production companies to Montreal.

The Republic of Sarah is an upcoming American drama television series that is set to debut on The CW in the 2020–21 television season. This series was created by Jeffrey Paul King and stars Stella Baker in the titular role, alongside Luke Mitchell, Megan Follows, Izabella Alvarez, Ian Duff, Hope Lauren, Nia Holloway, Landry Bender, and Forrest Goodluck as a part of the main cast.

The Republic of Sarah tells the story about what happens when “the bucolic tranquility of Greylock, New Hampshire is upended when a massive vein of coltan – an incredibly valuable mineral used in tech – is discovered under the town. State-backed mining company Lydon Industries swoops in with plans to extract the mineral … plans that include wiping Greylock off the map. With her friends and family in danger of losing their homes, rebellious high school teacher Sarah Cooper vows to stop Lydon’s bulldozers. After Sarah and her friends win the vote, a federal judge agrees that Greylock isn’t – and never was – part of the United States, the town becomes a new nation. Now, Sarah and her allies must confront an even more daunting task: building a country from scratch.”[1]