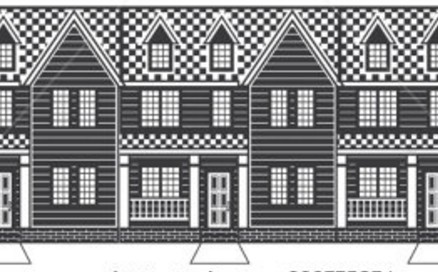 Last  Monday March 14, Jean Houde, builder of high end homes in the city of Beaconsfield distributed a letter to all homes impacted by today’s register to rezone H203 and subsequently to block the project for 22 townhouses to be built at the site of the old ESSO station in Beaconsfield at the corner of Beaurepaire and Prairie Drive.

The letter was in response to one distributed by residents Derrick Pounds and Mike Martel informing residents of zone H 203 from St. Charles to Pointe Claire  that any such rezoning from commercial to residential is subject to citizens’ approval by law through a possible referendum.

“Let them rethink the whole thing. We are not against housing at this location but the size and density of this project is too large for this area.  If approved it would be one of the highest density projects in Beaconsfield,” stated the letter from Pounds and Martel.

According to Beaconsfield City Councillor Pierre Demers, the green space that is city owned will remain.

“The Esso lot was not fully used when the service station was there and because of this some may have thought the part not being used was city owned,” Demers explained,  “which it was not. Like any land owner, the developer can use his lot to build as long as set backs are respected as per current rules and regulations.”

According to a letter distributed by developer Jean Houde to those in the area, the green space preserved as a park by the city will be preserved and additional trees will be planted. The anticipated length of time for completion of the project is a year and a half to two years contrary to the residents letter indicating a six year possibility.

“Each townhouse will be sold with 2 underground parking spaces to minimize parking on the streets,” Jean Houde suggested “that a new commercial project or a gas station would bring more traffic to the area than the project of 22 town houses.

If at least 116 people out of close to 1,000 eligible voters sign a register, today,  March 16, at city hall between 9 a.m. and 7 p.m. against a proposed zoning bylaw change, developer Jean Houde will not be able to proceed with the project of 22 townhouses slated for the corner of Prairie Drive and Beaurepaire. Currently zoned commercial the property which housed an ESSO gas station until five years ago, would need to be rezoned for residential use.

For the process to have come this far two petitions with 28 signatures combined were deposited to city hall instigating a referendum for residents in the area.