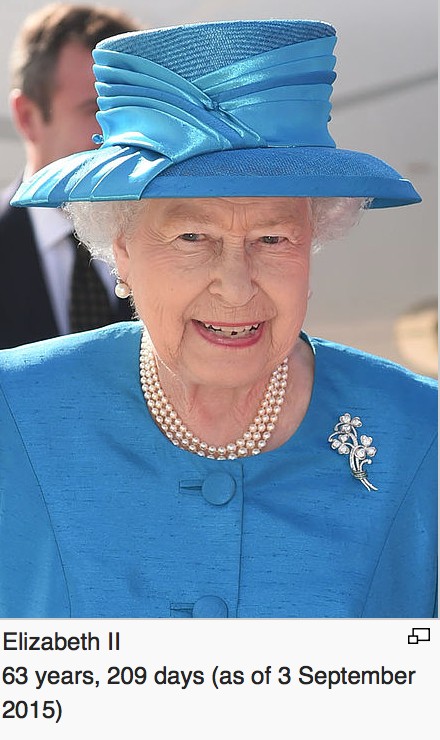 September 9, represents the milestone in British history, the day on which Elizabeth II breaks the record for the longest reigning monarch held for more than a century by great-great-grandmother Queen Victoria. 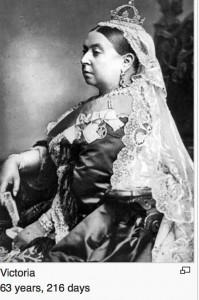 Buckingham Palace has calculated she will have reigned for more than 23,226 days 16 hours and 23 minutes. The Queen is said not to want to make a fuss over the milestone but she will appear in public that day with husband Philip in Scotland to open the Borders Railway.

Elizabeth was christened in the private chapel at Buckingham Palace on 29 May 1926. Her godparents included a former Governor General of Canada, her great-grand-uncle Prince Arthur, Duke of Connaught.

Elizabeth and Prince Philip were married at Westminster Abbey in London on November 20, 1947. The ceremony was broadcast over BBC radio to an audience of 200 million people around the world, allowing Canada to share in the celebrations. Mackenzie King sent the royal couple antique silver as a wedding gift.

Elizabeth visited Canada for the first time in the fall of 1951 upon her return she was quoted by CBC world news as saying,

“I am sure that nowhere under the sun could one find a land more full of hope, of happiness and of fine, loyal, generous-hearted people.”

Elizabeth II was crowned Queen at Westminster Abbey on 2 June 1953 and made history by becoming the first monarch to be crowned Head of the Commonwealth and Queen of Canada. Her dress included symbols from the Commonwealth realms, with embroidered maple leaves representing Canada

In 1964, the Queen addressed the Québec legislative assembly in  excellent French.

As Head of State, the Queen is formally Commander-in-Chief of the Canadian Forces  and is also honorary Colonel-in-Chief of 13 Canadian regiments. Queen Elizabeth appoints a governor general who acts at the federal level and subsequently appoints one lieutenant governor in each of Canada’s ten provinces