In today’s briefing, Quebec Premier Franços Legault announced that the reopening of all elementary schools in the Greater Montreal Area has been postponed to September. This announcement was made during Legault’s visit to Montreal and in the presence of Mayor Valérie Plante, National Director of Public Health, Horacio Arruda, and Mylene Drouin and Chantal Rouleau, respectively Montreal Regional Director of Public Health and Quebec Minister Responsible for the Greater Montreal Area.

Regarding this decision, Legault stated “We’ve concluded that the conditions are not met to reopen elementary schools in the Montreal region…the situation remains fragile here.” To this, Planted added: “It is necessary to limit the spread of the virus.”

While daycares were set to reopen next week, this has now been postponed to June 1st.

As for businesses, Legault mentioned that these “could” open on May 25th and that “the situation remains very fragile in Montreal. We’ll still give ourselves a few days to make a decision regarding the retail businesses. A crucial element that would help us to reopen is for the majority of people to start wearing a mask in public. I strongly recommend that we do so.”

Regarding masks, Legault said that these should be worn by anyone using public transport.

Later today, Premier Legault will meet with directors and CEOs of Montreal’s regional health and social services agencies in Montreal.

Earlier this week, officials shared their concerns about the COVID-19 situation in Montreal and mobile screening clinics were added in the region, namely in the Saint-Laurent and Pierrefonds-Roxboro Burroughs.

COVID-19 cases confirmed, as of today: 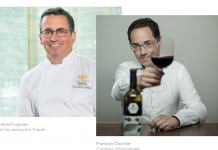 Parkinson Québec’s 2020 Unisson virtual fundraiser offers food, wine and song from the comfort of your home