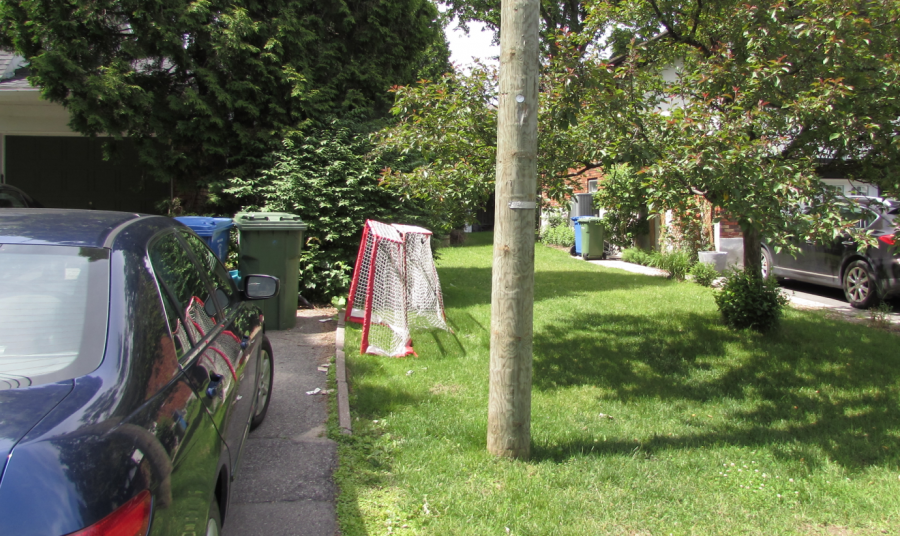 If a cellular phone company wants to set up a new tower then a consultation with the affected municipality is a must.  But as Beaconsfield resident Scott Hebert and his family found out recently, attaching a new cellular antenna to an existing structure does not require any form of notification.

For Lac St. Louis MP Francis Scarpaleggia, the non consultation exclusion is seen as nothing more than a legal “loophole” that should be changed ensuring that cell phone companies consult with municipalities on any proposed form of installation within a community.

When an installer for Telus arrived on Taywood Avenue two Friday mornings ago, the Heberts were shocked when they were told an antenna would be set up on a Hydro pole in front of their house, right across from a public park.  The installer was persuaded by the family to not set up the new antenna.

Hebert sought help form the city of Beaconsfield as well as Lac St. Louis MP Francis Scarpaleggia.  The weekend following he put together a petition asking for another place for the antenna and presented the 100 person signed document to council last week.

Scarpaleggia took the matter of the cell antenna installation right to the Houser of Commons when he said during Question Period that “the regulations governing the installation of cell towers require companies to consult local municipalities beforehand, but there is a glaring loophole. If the antenna is to be installed on an existing structure, such as a hydro pole or telephone pole, there is no obligation to consult. Why not?

“Whether it is on a new or existing structure, residents like those on

Taywood Drive in my riding have the same concerns about an

antenna’s proximity to their home, especially if children are

involved. Will the minister close this loophole as soon as possible?,” said Scarpaleggia.

Industry Minister James Moore answered that he would be happy to look into the situation.

This past Friday, Hebert, Beaconsfield Mayor Georges Bourelle and employees from Telus met at Scarpaleggia’s offices to clarify and discuss the issue.

Hebert told The Suburban that he was very impressed by the work of his municipal and federal representatives who took the time to help out his family.

“All Telus would say was that they were looking at alternatives to the antenna but they would not give us a guarantee that the original spot for the antenna won’t be a choice,” said Hebert.

So while it is uncertain whether an antenna will be erected in front of Hebert’s house, “I feel confident that there will be no antenna set up next week.”