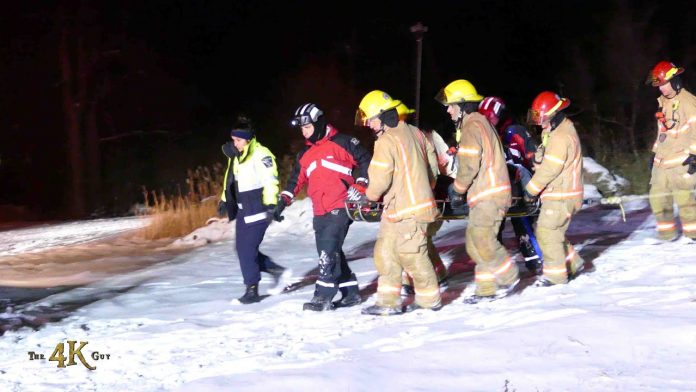 A man was treated for hypothermia after suffering an injury to his ankle while sledding at Centennial Park in Dollard Des Ormeaux late Friday evening, December 13.

Police arrived on the scene , followed by local firefighters and paramedics shortly after the incident occurred. The injured man was located at the top of the mountain. Firefighters used a rope to guide the man down the hill in a sleigh basket.

According to the SPVM spokesperson, the focus of care was on treating his hypothermia first and later the sledding injury.   Paramedics, police and fire fighters joined forces in helping this man.

Video taken below by The 4 K Guy: