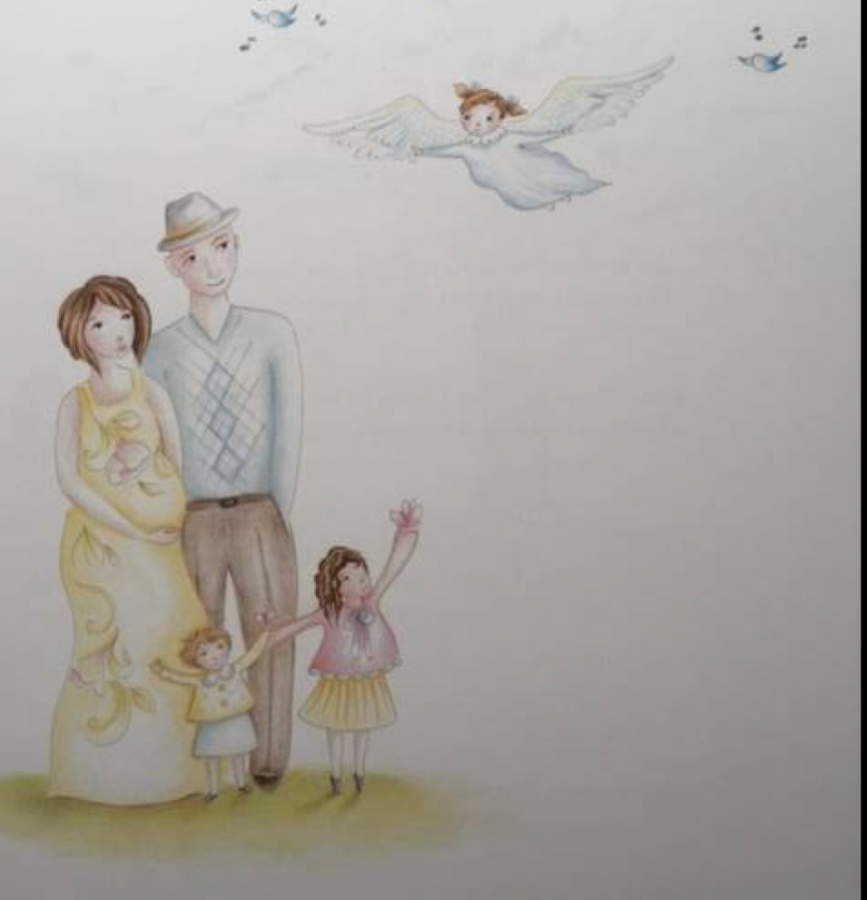 “We went at it with heart, a little bit of knowledge and faith”

Founder of We2 women’s entrepreneurial exchange and consultant for heart centred entrepreneurs, Sarena Miller gave her heart and soul to illustrate the story of a nine year old Laval child who tragically lost her sister five years ago.

Alesia’s Song, written by Alesia’s mother Sheyda Senoglu as told by Alesia’s sister Marouli (Maro) Victoria, is a story of the sudden passing of Alesia Karidogiannis from a rare heart disease at the age of two.

“I put her down for her nap and she never woke up,” said Sheyda Senoglu, Alesia’s mother.  “Life changed forever on that day.”

The family has since banned together with the community to raise money for the Montreal Children’s hospital. Their fundraising efforts now include the newly released book, Alesia’s Song.  Senolgu felt there was a void in children’s literature with regards to dealing with the loss of a sibling.

“There were times when Maro would look for her sister in a bird when the family would bring flowers to the cemetery,” Senoglu explained. “Now Maro is almost nine and I believe the book has helped her through part of her  grieving process.”

About a year ago she contacted Sarena Miller to illustrate the story for the fifth anniversary of Alesia’s passing.

“It was through a We2 member that Sheyda found me,” Miller told The Suburban, “Sheyda had visited my website to see my illustration work and one of the images spoke to her.”

“I was crying on the phone with this stranger,” Sarena explained. “I knew it would be a challenge but I wanted to do it.”

“I was not just drawing a little girl, I was drawing their little girl and their family and I wanted to do it justice. There was plenty of crying throughout the process,” she continued.

Sarena explained that it was the first time for everyone.

“For all of us involved it was our first time. Sheyda’s first book, my first children’s book, we went at it with heart, a little bit of knowledge and faith. I handed her the illustrations and prayed.”

The money raised so far has gone towards a patient room and heart monitor machine. Funds raised have gone towards a waiting/playroom at the new MUHC Glen super hospital named after Alesia. The waiting room will be for day surgery patients and parents.

The book sells for $10.00, all proceeds go to the Children’s Hospital, on Alesia’s Magnolias website at www.alesiasmagnolias.com .