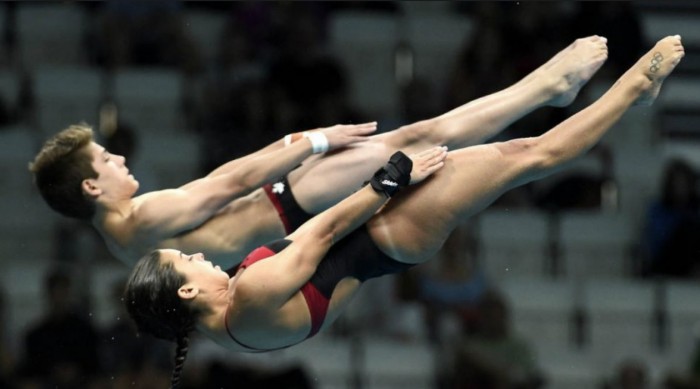 Pointe-Claire Dive Club athletes won seven medals, in FINA Grand Prix competitions held in Calgary from April 4 to 7 and in California from April 11 and 14.“Their accomplishments reflect their talent, motivation, and the constant pursuit of excellence,” stated Mayor Belvedere.

Caeli McKay also had an outstanding performance and won a silver medal in the 10-metre individual event, while Nathan Zsombor-Murray took home silver in the men’s 10-metre platform event with Vincent Riendeau.

At the next competition in the FINA Diving Grand Prix, which took place in Mission Viejo, California from April 11 to 14, Nathan Zsombor-Murray earned a spot in the finals with the best divers in his first international solo competition.

“We congratulate all of the Pointe-Claire Dive Club athletes whose talent contributed to the success of the Canadian national team and the city’s reputation on the international stage,” said Belvedere.