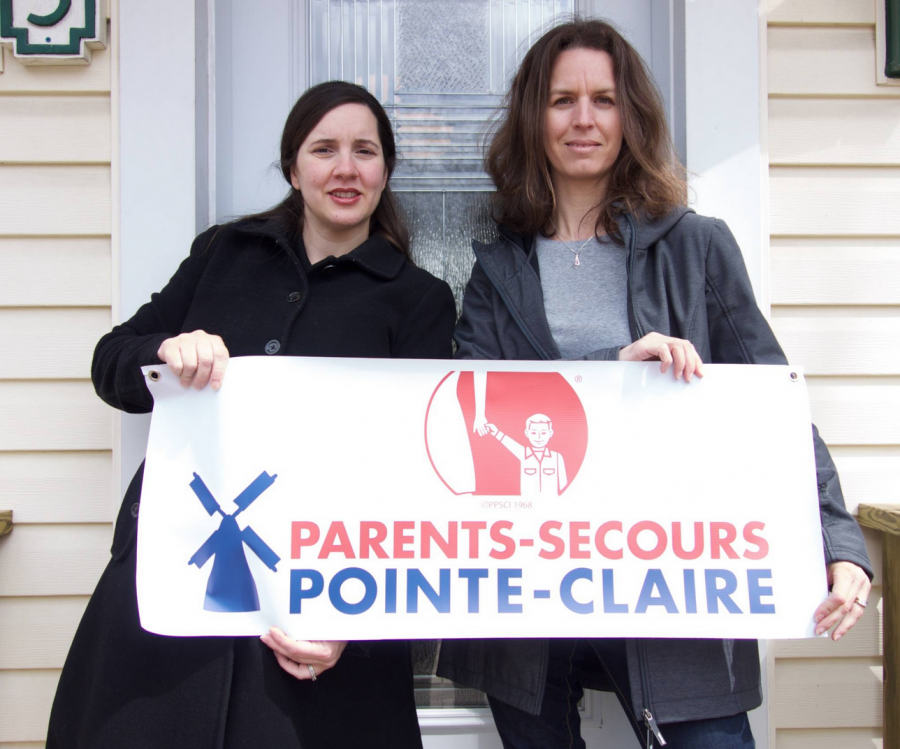 The prominent red and white signs of the late 1980’s are making their way back with the re-launching of the Block Parent program in Pointe-Claire.
As a young mother with one child, and another due in May, Tara Stainforth recognizes the need for the safety of children in the community.
Stainforth, along with Christine Latreille, and Lea Capuano, decided last August, thanks to a member of social media, in bringing back the program to Pointe-Claire.
“We felt that Block Parents would be great to bring back because we all have kids. “We all believe in the village mentality – you look out for one another. This has been our driving force,” said Stainforth, President of the West Island’s only Block Parent chapter.
The first Block Parent® Program began in London, Ontario in 1968. The Program rapidly expanded across Canada over the next five years. In 1983, a national committee was formed and the Block Parent® Program of Canada became incorporated in 1986.
The distinctive red and white sign in the window of a home, tells children, seniors, and others that help is at hand if they are lost, frightened or distressed.
A Block Parent may be called upon to offer their home as a place of safety, when someone is bullied, lost, hurt, or ill, caught in severe weather, or confronted by a stranger.
“I’d like to have that network of “safe houses” again so that our kids don’t grow up thinking that every stranger is a danger, or that if they’re hurt or being bullied that they have nowhere to turn.  We’re hoping that re-starting the program in Pointe-Claire will help strengthen the community feel, and once again have neighbours watching out for each other’s kids should they need assistance,” said executive committee member, Christine Latreille.
Block parents are adults who volunteer their homes as a temporary refuge for the vulnerable. According to Stainforth, Block Parents are screened by the police and are given the appropriate tools before placing the Block Parent sign on their window. The sign is to be removed if the Block Parent isn’t available.
“As a single mom, I rely on my extended village, and I want my child to grow up knowing that help is not too far away. That’s why I believe block parents are important: to foster a sense of community responsibility, that too often has been lost, not to mention that extended families are no longer in close proximity and traditional support structures once relied upon are being eroded,” Lea Capuano, executive committee member told The Suburban.
“The purpose of the launch is to introduce our program to the community, recruit volunteers, and raise funds to help the committee organize and attend future awareness campaigns. A dozen homes have answered the bell as of August and is expected to grow a lot more in the next few weeks,” added an exuberant Stainforth.
The official launch party occurs on Sunday April 26, 10am-1pm, Cedar Park Chalet, located at 20 Robinsdale in Pointe-Claire.
Further information can be viewed at the following links:
http//www.parentssecours.pc.ca or Facebook Parents-Secours Pointe-Claire Block Parents Official Launch
Tel: (514) 694-4200