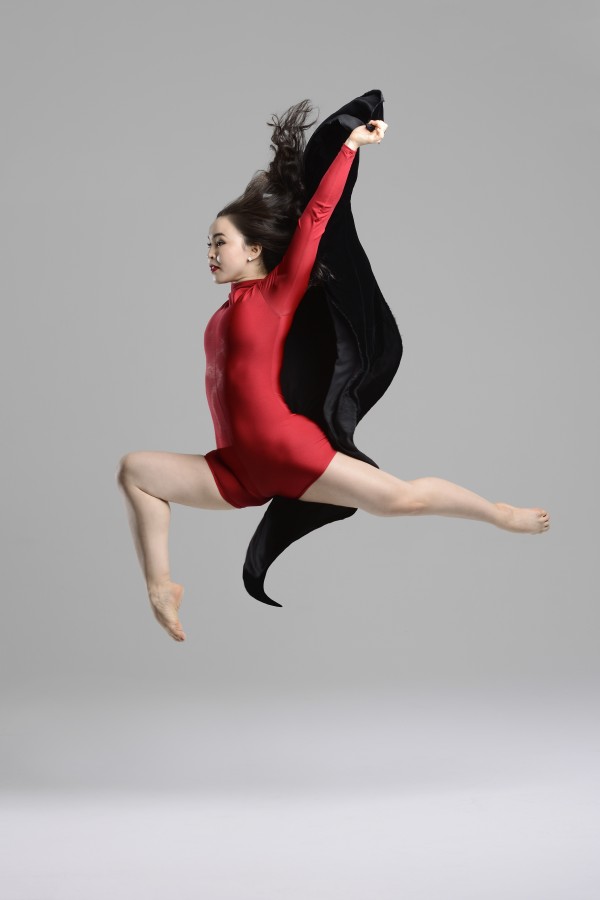 Natsumi Sophia Bellali is a 23-year-old professional dancer, born and raised in a Japanese-Moroccan household in Pointe-Claire, Québec.  Bellali graduated from Collège Saint-Louis in Lachine in 2012 and received a DEC in Arts and Science from John Abbott College in 2014. She was then admitted to Civil Engineering at McGill University, until she took a sharp turn to attend the internationally acclaimed modern dance conservatory, The Ailey School, in the heart of Manhattan.

She received intense training at Ballet Montréal Performing Arts School, under the direction of Paula Urrutia, which most recently expanded their space to studios right off Sources in Pointe-Claire. In 2017, she graduated with Honours from The Ailey School and has been greatly recognized by multiple choreographers and companies throughout New York City.

Bellali’s love for physics and dance is one that most definitely intertwines. Dancing requires an immense understanding of some of the most fundamentals laws of physics, since a dancer is either defying gravity, if not is free-falling, turning, jumping… These connections inevitably lead Bellali to be excited for her physics classes at John Abbott College, to then head to ballet class in the evening and physically experience these laws in her body, or when partnering with another.

Right upon graduation, Bellali was offered a contract with the Mark Morris Dance Group to be an Understudy Dancer for their Christmas Classic The Hard Nut. Working for Mark Morris, “[…] one of the most influential choreographers of our times.”( – The Seattle Times) was her ultimate dream. She is also on the faculty at his School, advocating Morris’ philosophy of dance’s accessibility to the community, while sharing her love for dance. Furthermore, Bellali is a founding member of an all-woman contemporary dance theatre company MICHIYAYA Dance and has performed works by Jacquelyn Buglisi, Ephrat Asherie, and Clifton Brown to name a few. She most recently premiered a two-man show “Calling: a dance with faith” directed by Jesca Prudencio that will soon tour nationally and internationally. In November, she will take the stage in New York as a soloist for Prudencio’s newest creation about sexual harassment in the public space.

Navigating the life of a freelance dancer in New York City is one of the biggest challenges that have been thrown at Bellali. Juggling New York’s high rent, food expenses, staying in shape, taking dance classes have taught Bellali to stay grounded and focused. She encourages the next generation to truly do what they love and to take every risk for it.