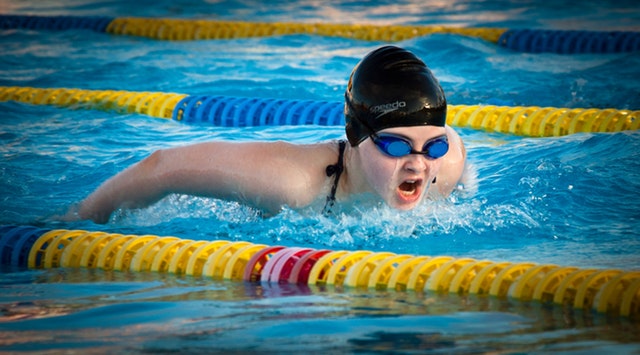 The Mayor of the City of Pointe-Claire, Morris Trudeau, is proud to congratulate the athletes of the Pointe-Claire Swim, Diving and Canoe-Kayak Clubs who represented the Quebec team at the Canada Games held in Winnipeg from July 28 to August 13, 2017. Every athlete, without exception, took home a medal!

“This outstanding performance needs to be recognized. Pointe-Claire athletes really made their mark, each winning a medal at this major competition that brings together the country’s top performers in their respective age groups.  This remarkable success is the result of hard work and perseverance,” said Mayor Trudeau.

The members of the Diving Club made it to the podium with one medal each: a silver medal in synchronized 3-m springboard for Mia Vallée and a gold medal in the 10-m platform for Thomas Ciprick.

The efforts of the athletes were also rewarded in the canoe and kayak races, with a total of seventeen medals earned. In canoe, Juliette Brault won two gold medals in the C2-1000m and IC4-500m, and three silver medals in the C2-500m, C2-200m and IC4-200m. Emmanuelle Guilbert captured the gold in the IC4-500m, while Victoria Saucier earned the top spot in the IC4-500m and second place in the IC4-200m. Philippe Laliberté took home the gold in the IC4-200m and bronze in the C1-200m, and Foster Salpeter captured two silver medals and one bronze in the C2-500m, IC4-1,000m and C1-1,000m events, respectively.

In the kayak competition, Corrina Higgins and Nicolas Thirion distinguished themselves, with a silver medal and a bronze in the K2-500m and K4-500m for her, and a gold and silver medal in the K4-1,000m and a K2-1,000m for him.

“These young people stood out among some 4,000 up-and-coming athletes at this major celebration of youth and sports. Together, they develop a tremendous sense of solidarity and serve as role models for their peers and our community,” concluded Mayor Trudeau.