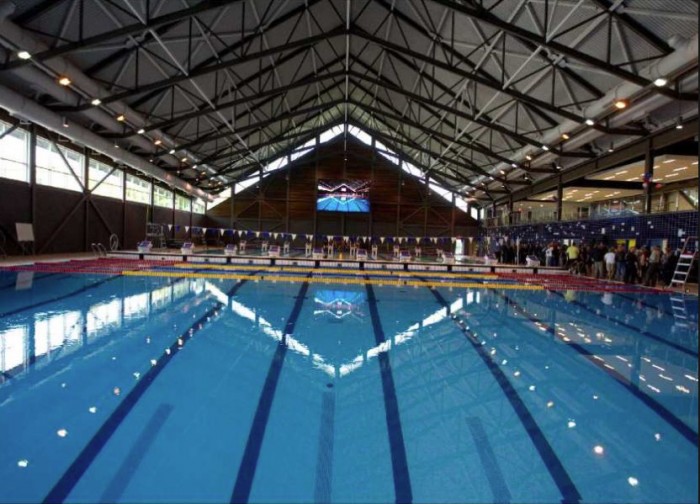 The City of Pointe-Claire is pleased to highlight the commitment of Pointe-Claire Aquatic Club directors in promoting the optimal development of competitive athletes and supporting their performance at the provincial, national and international levels.

“Pointe-Claire is known for its competitive athletes,” says Mayor Trudeau. “This new corporation will maintain the strengths that have built the reputation of our Aquatic Centre and our Swim and Dive Clubs, and will continue to support their development.”

At a May 5 ceremony, held to introduce the directors to City councillors, swimming and diving clubs and City staff, the Club was incorporated by formal signature.

“The Pointe-Claire name is renowned worldwide in aquatics,” says Club president Rob Geller. “As a former swimmer, it’s an honour to be able to help carry on the legacy of the swimming and diving clubs that have produced countless national champions, Olympians, coaches and community leaders.”

A number of athletes from the Pointe-Claire Aquatic Centre have become true benchmarks. In diving we can think of Émilie Heymans, Anne Montminy, and David Bédard (who is now a Dive Club trainer). Victor Davis and Anne Jardin distinguished themselves in swimming, as did Samantha Chevreton, who represented Canada at the London Olympic Games and is trained by Martin Gingras, the Pointe-Claire Swim Club head trainer.

“The contribution of Pointe-Claire Aquatic Club directors in guiding, managing, supporting and encouraging our athletes can only be good for the future of our Aquatic Centre”, says Mayor Trudeau.