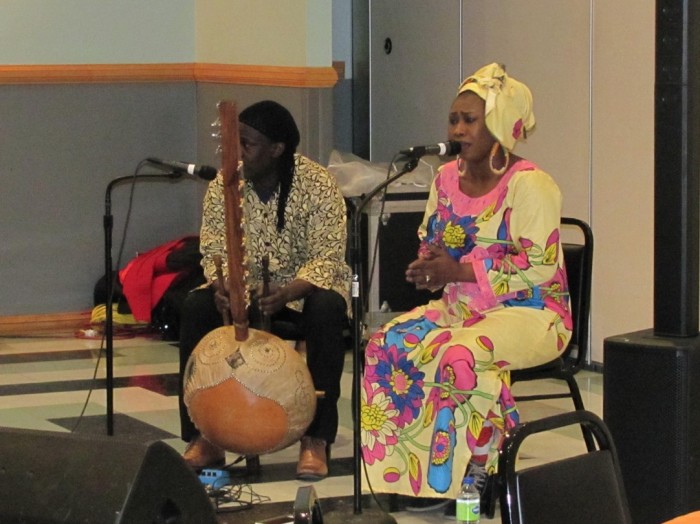 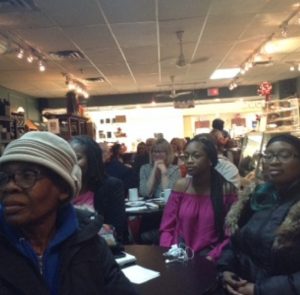 Black History Month will be memorable this year in Pincourt, thanks to the intercultural committee who has been putting together multicultural events for the past few years.

Kafe Poe – a multicultural monthly open mic at the Faubourg de l’île – launched the month’s celebrations with a line up of both black and white readers on Thursday February 7th, from both the French and the English community, honouring poets from Haiti, Africa and the Caribbeans. Over 40 people gathered to commemorate Black History Month at Kafe Poe. Assane Badji from Pincourt manned the mic for the evening, charming the audience with his sense of humour. Some of the Town Council member’s joined in, and CSUR.TV was present to film the event. 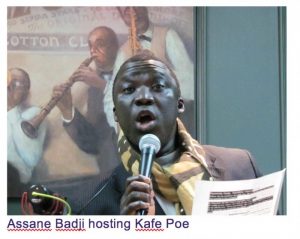 Poets honoured the likes of Senegalese poet and politician Léopold Sédar Senghor, as well as Afue Cooper and Guyanese Poet Léon Gontran Damas. The audience was totally entertained by Corinne Tendo’s rendition of Keens-Douglas’ Tanti Merle Drapes, a story about two mischievous boys stealing the town matron’s drapes to wear as costume during a parade. Participants came from the East and from the West, from Valleyfield to Beaconsfield; Shirley Pierre speaking about her father and voodoo, and Paris Sea with a remarkable poem of her own brew about the skin called The Skin Knows. 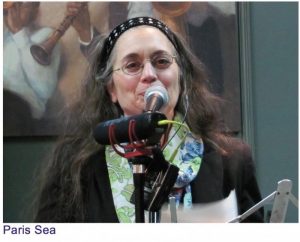 known French poet in the Montérégie area with many publications to her name was also amongst the revellers reciting excerpts from Léon-Gontran Damas. 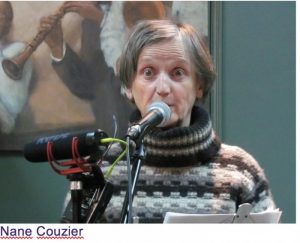 And to add a little history to the poetry, guides from the Ramzay museum shared some of their knowledge. They told the audience about Mathieu Da Costa, a navigator and interpreter, who was one of the first blacks in Canada in the early 1600s, and about the Loyalists who came to Canada after the American Revolution and settled in the Maritimes and who were… Black. How many of us are actually aware of the fact that African people were once enslaved in the territory that is now Canada? Richard Styrczula from Valois read the Confessions of Marie-Josèphe Angélique, a black slave falsely accused of burning down a part of Montreal in 1734.

Black History Month is a time to learn more about these Canadian stories. This year ‘s

As for Kafe Poe, the performer who stole all of everyone’s hearts was a young lady called Kayla who sang some heart-felt soul by Sam Cook. Truly boundless, rooted and proud! 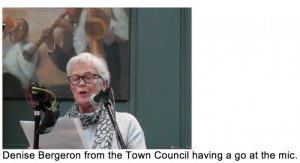 Denise Bergeron from the Town Council having a go at the mic. 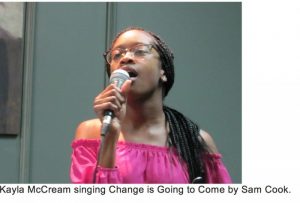 Celebrations continued as folks gathered for some food and music at the Omni Centre two days later, on Saturday the 9th. The evening, hosted by Corinne Tendo, the President of the intercultural committee, unravelled with Congolese food and music from Africa. Zal Cissokho, a kora player from West Africa, accompanied Djeli Tapa -a singer from Mali -.

The town of Pincourt also has more to come: two thematic story times for children. One will be in English on the 14th and the other in French on the 21st, at the Pincourt Library.

“This event needs to become a tradition here in Pincourt.”  Claims Assane Badji when all is said and done.

There are events in every corner of Canada celebrating Black History throughout the month of February.