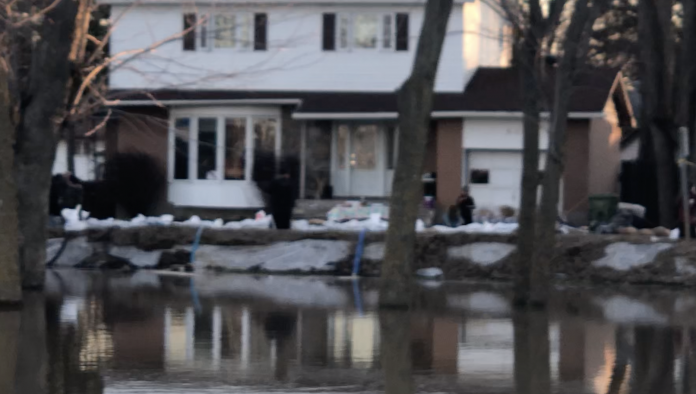 Pierrefonds resident Ginette Laroche just got a loan to finish her basement two weeks ago.  Her house was one of the thousands affected across Quebec by the 2017 flood, and Laroche’s basement has been flooded once again. “We walked down the stairs, and we felt the water under our feet,” says Laroche about walking into her basement.

Laroche explained that she has been waiting on an answer from Quebec for two years.

“I took a week off work to call them every day and still I had no response,” she said. “I finally got through this past February, only to find out that my file had been closed.”

“How long am I going to work to pay my bills here?” asked Laroche.  “We received no money back [from the government]. Nobody returned our phone calls for months.”  Often homeowners are left to cover the cost of the damages on their own because neither the government nor home insurance plans offered coverage for the consequences of unintended natural disasters.

Laroche’s home is one of many impacted by the spring wave of flooding across Quebec this spring.  For the second time in two years, water levels along the St. Lawrence and Ottawa Rivers have risen to levels not seen in almost a century, causing massive damage and loss across the province, and spilling over into neighbouring Ontario and New Brunswick.

In Rigaud, the situation is more dire, as residents have been asked to evacuate and not put themselves in harm’s way.  Across flood-prone areas in the West Island, city workers and hundreds of volunteers are working hard to ensure that the flooding does not become uncontrollable.  In Sainte-Genevieve, in Pierrefonds near Gouin blvd., in front of Laroche’s home,  workers are setting up a sandbag barricade along the river bank in order to prevent water from spilling over into the streets, which would cause massive flooding, seeing as the stormwater infrastructure is not holding.

While the at-risk municipalities work to place sandbags in strategic locations and deliver sandbags to individual homes in an attempt to minimize the flooding, residents are responsible when it comes to protecting their own homes.  Ile-Bizard resident Keith Wilson built a makeshift barrier from plywood, plastic vapour barrier and some sandbags, which is still holding up today. Other residents and volunteers continue filling sandbags and placing them around their homes in their battle with Mother Nature.

For Laroche, the damage has already been done.  “Everywhere I’m going, it’s water,” she says. Laroche works at Jean Coutu on St. John’s Blvd. where flooding has become a problem.

Residents of Ile Mercier, an island off the Ile Bizard found out Monday, April 22, that the bridge to access their homes was now closed off. The push of the current is strong rolling over the bridge,  makes it dangerous to travel over it.

The borough of Pierrefond-Roxboro’s Facebook page is also providing frequent updates on the situation.  If you live in Ile Bizard please consult the citie’s website for flood updates.