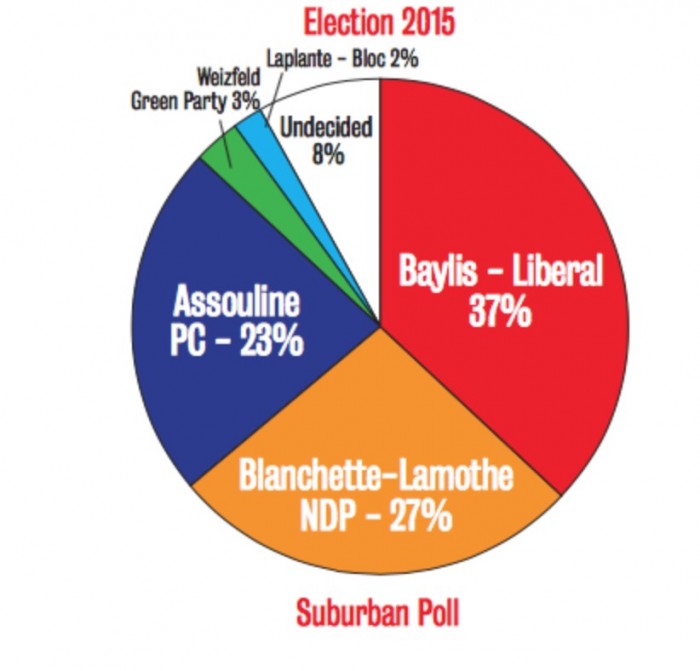 The Suburban spoke to residents of the riding at the Marché de l’ouest and at the Dollard Civic Centre to uncover their voting intentions in the upcoming federal election taking place on Monday, October 19th.

According to those who took the time to respond, Baylis and the Liberal Party would receive 37% of the vote while Blanchette-Lamothe and the NDP would get 27% and Assouline and the Tories 23% .

Abraham Weizfeld, who represents the Green Party of Canada, received 3% of voters’ intentions while the candidate for the Bloc Quebécois, Natalie Laplante, would get 2% percent of total votes. Eight per cent of voters were undecided.

One Conservative supporter wants Harper to win a majority due to his handling of the economy.

A supporter for the Liberal party is casting his vote because “Justin is ready” while an NDP supporter is using his vote strategically to prevent the “Bloc from getting back in.”

Of the undecided voters, many wanted to see more of the campaign unfold before making a final decision.