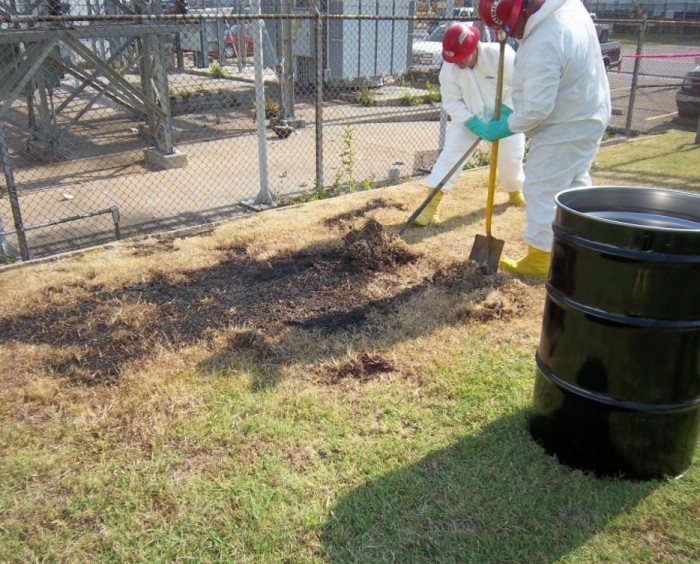 Between 800 and 1,200 litres of oil containing PCBs were discovered to be  stock piled at an illegal storage facility at Reliance Power Equipment in 2103. Since then the Quebec’s environment minister gave the former and current owners until November of last year to clean up the site.

“The Ministry is maintaining its commitment and matters are following their course,” says Mayor Trudeau. “Ever since PCBs were discovered on the Reliance Power Equipment site in August 2013, we’ve worked with the Ministry and other public bodies to ensure the health and safety of all.”

In the months following the discovery, transformers, barrels of oil and contaminated matter stored on the site were safely disposed of. Last fall, a report commissioned by the MDDELC confirmed that the site had been contaminated and that toxic products might have migrated to adjacent lots to the east.

A second Notice of Order was issued by the Minister in October 2015 to compel the current and previous owners to carry out a characterization study and submit a site rehabilitation plan. Minister David Heurtel also confirmed his commitment to proceed if necessary with decontamination of soil and adjacent lots, in lieu of the Reliance site owners, should they fail to do so.

“Montreal’s public health department, the Direction de la santé publique (DSP), has indicated that the site no longer presents any danger to the public,” adds the mayor. “In addition, the DSP, at the request of the Commission des normes, de l’équité, de la santé et de la sécurité du travail (CNESST), will be carrying out tests to ensure the safety of people working inside buildings adjacent to the site.”

Mayor Trudeau notes that the government has already taken the necessary steps to ensure that soil is decontaminated on the site. “This is what’s most important,” says the mayor. “The work will be carried out over the next months.”