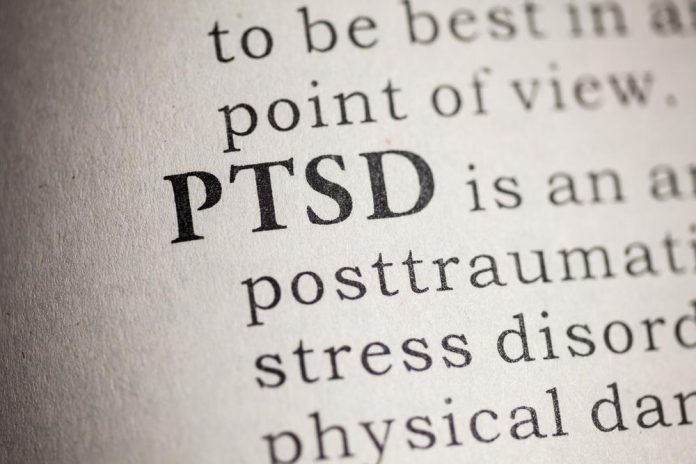 Paws Fur Thought is a non-profit group based in Nova Scotia that helps war veterans by matching them up with dogs. Usually, the group matches up to 14 dogs with PTSD sufferers each year.

Jeff Wright is one of those war veterans. Growing up, Wright had a golden retriever, Rusty, whom he considered a friend. Even when he left his home in Haneytown, N.B. and joined the army, he continued spending time with dogs.

“Every chance I got, I was with the dog handlers,” Wright said.

He said that military dogs, who were trained to find explosives, provided him with comfort and companionship during the most intense and stressful months of his nearly 17-year military service.

After finding out that he has PTSD, Wright received a medical discharge in 2018. Wright said that, although he was never physically injured, the war took a toll on his mental health.

“I never got blown up. I never got injured physically, but we were rocketed, we were mortared, we were shot at. I came back in 2007 and I was nothing like myself. I was very, very depressed. I was dark. I was up all hours of the night drinking, playing video games. I really receded into myself and pulled myself away from my wife.”

Despite feeling bad after the first tour, he signed up for Afghanistan once again, hoping that it would help him.

“It was the only place that I felt normal,” he said.

It didn’t help him though, it made things even worst. After coming back home from the second tour, he was hospitalized.

“I had a severe nervous breakdown. My father-in-law found me walking down the road at 11 o’clock at night with my slippers on, and I had no idea what was going on.”

Kim Gingell is also a war veteran, she served in Sierra Leone. After she returned home, she started feeling the mental consequences of war.

“I had a horrible, horrible drinking problem,” said Gingell. “I couldn’t go outside. I couldn’t do anything unless I was drunk. I couldn’t face reality.”

Thanks to her service dog, Omega, things are much better now.

“She sleeps with me, she wakes me from my dreams,” said Gingell. “If I get triggered, she’ll do her thing. She gave me back part of my soul.”

Her husband, Mike Gingell, is grateful that Kim has the black Labrador to help her cope with the stress.

“It saved her life, saved my family,” he said.

Unlike Gingell, Wright is still waiting for approval to cross into the U.S. and come back. When the travel ban gets lifted, he will be able to get a dog and find some help. According to Gingell, the dog that Paws Fur Thought sent her has saved her life and her mental wellbeing.