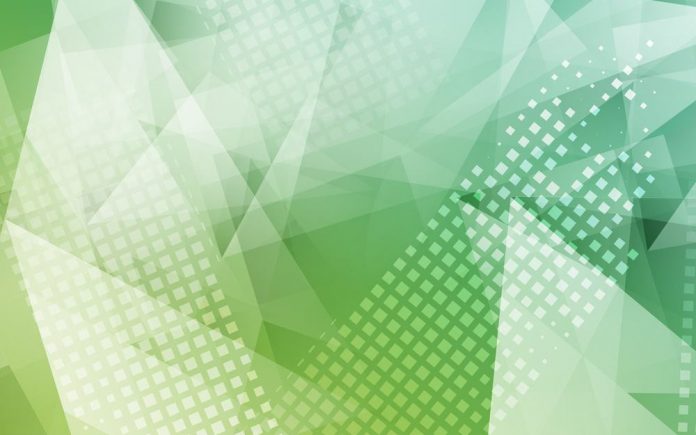 Canada’s Prime Minister Justin Trudeau has set in motion an early federal election, sending voters to the polls on September 20 and setting up his re-election bid as an opportunity for Canadians to have their voices heard regarding who they want to lead the nation at this crucial moment in the COVID-19 pandemic.

Trudeau and Liberal leader visited Governor General Mary Simon at Rideau Hall Sunday morning where she accepted his request to dissolve the 43rd Parliament and draw up the 338 writs, triggering a summer election.

With voting day planned for September 20, the campaign will be just 36 days, the shortest possible election period under federal law.

Facing just over 5 weeks of campaigning, Canadians will be weighing the pitches from each party to determine who they feel is best to carry the nation through the rest of the pandemic, and out of it.

After his meeting with Simon – who has been the Queen’s representative in Canada for less than a month – Trudeau spoke to reporters outside Rideau Hall. There, he sought to frame the rationale for a pandemic election whereas reopening and vaccination efforts are still underway, and given he is managed to maintain the confidence of the House of Commons.

“The decisions your government makes right now will define the future your kids and grandkids grow up in. So in this pivotal, consequential moment, who wouldn’t want a say? Who wouldn’t want their chance to help decide where our country goes from here? Canadians need to choose how we finish the fight against COVID-19 and build back better,” Trudeau said, facing a series of questions from reporters about why he called the vote after he and his caucus stated multiple times a pandemic election was not in their plans.

“Canadians deserve their say, and that’s exactly what we are going to give them,” Trudeau said. He is kicking off his campaign Sunday afternoon with a virtual townhall with candidates.

“After making it through 17 months of nothing like we’ve ever experienced, Canadians deserve to choose what the next 17 months, what the next 17 years and beyond, will look like. And I know that we have the right plan, the right team, and the proven leadership to meet that moment,” he said.

It was a more pared-down first day on the campaign trail than he has had in former elections. He held a virtual townhall with candidates from a studio setup inside a downtown Ottawa hotel which the party could depend on throughout the campaign.

He then traveled by bus to Blainville, Que. For a brief meet and greet with local candidates and supporters at a café patio. Selfies are one fixture of Trudeau’s appearances that have not fallen victim to the pandemic, now they are just taken with masks on.

Trudeau will be ending the day in his home riding of Papineau, Que.

All other federal party leaders kicked off their campaigns with remarks in which they framed their focus for the race, and called out Trudeau for triggering the vote whereas the nation is still trying to rebound from the last 17 months.

Whereas the opposition parties have criticized Trudeau’s timing, arguing that the Liberals are unnecessarily putting their own political interests above those of Canadians who are once again facing another wave of coronavirus cases, all sides have already been engaging in pseudo-electioneering all summer long.

Given the current pandemic, parties have had to map out public health parameters in an effort to safely crisscross the nation pitching themselves, their platforms, and their candidates. This has included various elements of protections depending on every campaign, including compulsory vaccination and regular rapid testing.

Conservative Leader Erin O’Toole is taking part in virtual-only events in Ottawa for the first day of his campaign.

Responding to the election trigger, O’Toole said Canadians should have to risk the gains they’ve made over 2020 and a half for “political games.”

“I hope that [Justin Trudeau’s] decision doesn’t cost Canadians too dearly. My wife Rebecca and I had COVID-19, we know the fears and uncertainties that are out there. But let’s be clear, this election is not about next week, next month, or even next year, it’s about the next four years,” he said.

O’Toole positioned himself as the leader with a “fresh” approach.

“I’m going to be presenting Canada’s recovery plan. I have a track record of bringing people together from my time in the military, my time in the private sector as a volunteer. I’m in this for my children and your children,” he said.

He said there are just two options on the ballot for Canadians to choose from this election: “Canada’s Conservatives or more of the same from the Liberals and the other parties.”

Making use of the party’s studio setup in Ottawa, the leader who is running his first federal race at the helm of his party, has two planned “telephone townhalls” with supporters in British Columbia and Quebec.

Bloc Québécois Leader Yves-Francois Blanchet meanwhile was in Montreal, wishing his candidates a successful campaign but also underlining that an election is “very irresponsible” amid the pandemic.

“Until recently, the prime minister was swearing that no, everything he was doing was not with the perspective of an election and that his only objective was to protect the health of Canadians. He’s suddenly realized in August, two months after Parliament was in recess that suddenly it’s dysfunctional,” he said, speaking to supporters in French.

He used the moment to present the NDP as the most progressive option for voters, namely since it relates to Canada’s post-pandemic recovery.

“We are the only party saying very clearly that there’s a third option, which is to make the ultra-rich pay their fair share…and invest that into health care and to housing and to justice for Indigenous people,” he said.

He additionally accused Trudeau of using the election to gain more power, and walking away from crucial issues such as climate change.

“He wants a majority, but why does he want a majority? It’s certainly not because he wants to help more people, or help people more, it’s only because he wants to help people less and people end up paying the price. The reality is that he’s fed up with New Democrats pushing him to deliver more help to more people,” he said. “It’s clear that in calling this election he’s walking away from a lot of things that could be done.”

Green Party Leader Annamie Paul introduced her campaign from her coveted riding of Toronto Center with a rally, “mainstreeting,” and a virtual evening launch party with candidates.

She said she is approaching this election the same way she approached the party’s leadership campaign.

“With hope, with humility, with humour… and most of all, from start to finish, I hope with a great deal of honesty and honour and I extend the same invitation to all Canadians,” she said.

Paul will spend most of the 36-day campaign in her riding, where she is trying for a third time to win the seat and ultimately make her way to Parliament Hill.

In the 2019 federal election, voters reduced the 2015 Liberal majority to a minority and now Trudeau is ready to gamble that his handling of the pandemic – and the unprecedented financial support doled out – will propel his party back to majority territory.

But, polling data issued Friday by Nanos Research indicated Liberal support dropping out of majority territory after the election call was reported.

Whereas the next fixed election date is not till Oct. 2023, minority governments rarely last the full 4 years between elections.

With Elections Canada embarking on a series of new public health measures to ensure that the vote is conducted safely amid a fourth wave, the price tag for the election is approximated to be $610m.

Canada’s Chief Electoral Officer Stephane Perrault has previously spoken favorably regarding of having a longer writ period, campaigns can be up to 50 days in length under current rules – to permit Elections Canada to have an extended runway to get all elements of a national election in place.

Nevertheless, the agency says it will be ready to safely carry out a vote that’s expected to include much more uptake in mail-in ballots.

After the last-minute crunch to pass as many key bills as possible before the HOUSE OF Commons and Senate adjourned in June given the rising speculation of a summer election call, all outstanding business in both chambers has perished with the dissolution of Parliament, leaving it up to the next government to restart a legislative agenda.

During the process of dissolving a Parliament there are three primary steps: dismissing the senators and members; calling the next Parliament and ordering the writs to be issued; and setting the date for when Parliament will next meet after the writs are returned with the results.

Writs are written orders instruction the returning officer in every of the 338 federal ridings to hold an election to pick a member of Parliament.

The government, and the bureaucracy in every federal department and agency, will now enter a “caretaker” mode in which major decisions are limited.

Heading into the campaign, here is the current seat breakdown in the House of Commons:

A single party needs to win 170 seats for a majority government.