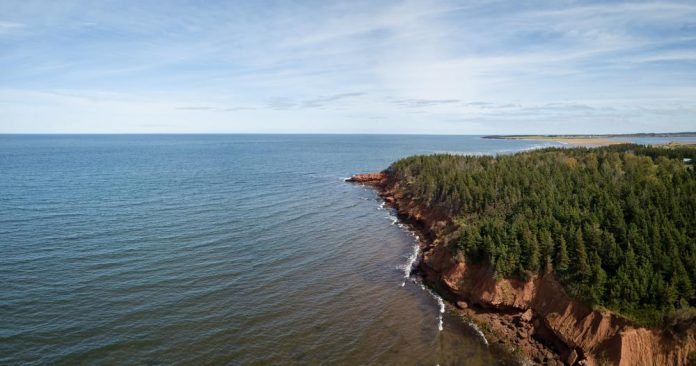 The P.E.I. administration does not seem concerned as Nova Scotia in relation to travelers from New Brunswick coming into the province during the pandemic.

New Brunswick reopened its borders to the rest of the country last week, however, Dr. Robert Strang, Nova Scotia’s chief medical officer of health stated Nova Scotia would not take part in such risk, and concluded at the last minute to proceed with a quarantine requirement for New Brunswick travelers.

Nonetheless, P.E.I. hasn’t forced any specific restrictions on those coming from New Brunswick — travelers from that area are required to abide by the same rules as people from other Atlantic provinces.

Dr. Heather Morrison, the P.E.I. Chief Public Health Officer, says the province is going ahead with the plan to open up to Atlantic Canada this approaching Sunday.

From Sunday, travelers from the Atlantic provinces will be permitted to enter P.E.I. without having to quarantine. This is on the condition that they get at least a single dose of COVID-19 vaccine, and have gotten a negative COVID-19 test when they arrive.

Morrison stated she isn’t concerned about the heightened risk posed by New Brunswickers.

“We have these other layers of protection with the PEI Pass, and then the testing as well.”

From Sunday, June 27, individuals with a pass will be permitted to use it any time they travel within the Atlantic region and to the Magdalen Islands — accessible by ferry from P.E.I., without being forced to quarantine when they return to P.E.I.

The resolution to make N.B. travelers quarantine after traveling to NS incited a protest at the border between the two provinces on Wednesday; therefore, impeding travel for most of the day. The RCMP forced protesters to stand down and took some of them into custody on Wednesday night.

On Thursday, Nova Scotia eventually eased the restrictions for some New Brunswickers. Those traveling from N.B. to N.S. who have received at least two doses of the vaccine will not have to quarantine.

The game plan in Nova Scotia currently is to open up travel for all New Brunswickers without the requirement for quarantine on June 30.

“New Brunswick made the decision that you can come to New Brunswick with one dose of vaccine and you don’t have to quarantine. I don’t think that is sufficient to protect against the delta valiant.”

“What we’re watching is what has been the impact of New Brunswick on that decision and the 30th gives us two weeks to observe that impact in New Brunswick.”

No positive cases since early June

P.E.I. hasn’t received positive COVID-19 cases since the beginning of June and an estimated 80 percent of eligible Islanders have gotten the vaccine.

Morrison said that this signifies that the Island may move ahead of its date for reopening its borders to the rest of Canada.

“I can see that moving up, because with the vaccine we are anticipated getting into the province, I think we can achieve that higher percentage of fully vaccinated people earlier.”

“Coupled with the fact the disease has certainly decreased across the country and across the region.”

Nevertheless, Morrison didn’t specify how much sooner the province would reopen up to the rest of Canada.