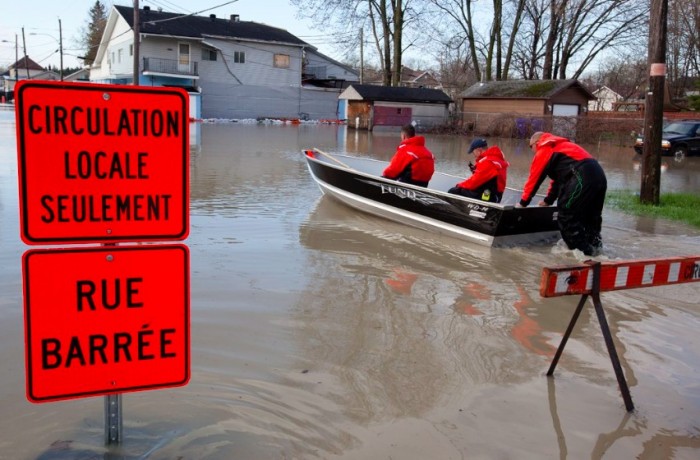 On May 27, over 200 volunteers took part in the Big Clean-up Operation, organized by the Borough, in order to come to the assistance of the spring flood victims. Thanks to all the hard work done by the crews on the grounds affected, 2600 sand bags (65 metric tons) and 100 tons of garbage were cleared away.

Since the start of the flood problems, given that the Borough had kept the names of the people who had expressed the desire to help out, a large number of volunteers could be rounded up quickly to take part in this clean-up operation.

“I would like to express my heartfelt thanks to each of the 200 volunteers who participated in the Big Clean-up Operation. We were enormously touched by the surge of generosity you showed toward the flood victims in our borough. It is in tough times that we note the solidarity within our community. I’m all the prouder of being a resident of Pierrefonds-Roxboro,” stated Borough Mayor Dimitrios (Jim) Beis.

“I would also like to thank the companies and organizations who rallied together to contribute toward the event and, in particular, On Rock and McDonalds, for the food they provided to the volunteer crews, as well as Éco-quartier, the Red Cross, the Canadian Army and the team from CIUSSS de l’Ouest de l’île,” added the Mayor of Pierrefonds-Roxboro.

And last but not least, Borough employees contributed toward the success of this operation as well, and particularly the public works crew which, after the clean-up operation, hauled away the empty sand bags left by the curb in addition to the debris-filled containers. As it may be recalled, the Borough has increased the number of household waste collections in the flooded areas and is continuing to do so until further notice.