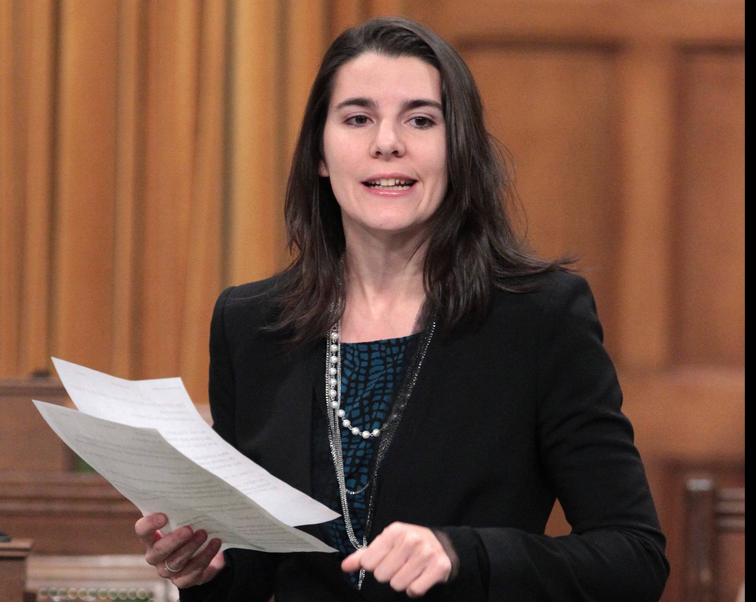 As many now know, I was on the front line during the shooting that took place in Parliament last October. The next day I was back in Parliament, with my baby, because I was convinced that we should not give in to panic and intimidation. One particular hope galvanized many of my colleagues at that time: the hope that we could work together, without partisanship, on how Parliament would respond to the threat of radicalization and terrorism.

It’s now been more than 12 weeks since the government introduced its anti-terrorism bill,
Bill C-51, which is currently being debated in the House of Commons. It is clear that, despite the controversy surrounding the bill, the government seems to have no intention of working with the opposition parties. While the NDP was among the first to sound the alarm, the experts who oppose C-51 today are numerous. These include former Liberal and Conservative prime ministers, community organizations, business groups, unions, rights advocacy groups as well as the Canadian Bar Association. And the public outcry cannot be ignored: there are now environmental groups, Canadian Muslim groups, First Nations groups, and of course the tens of thousands of signatories to petitions against C-51.

While we all agree that we must fight against radicalization and terrorism, which threaten our safety, our opinions differ as to how to fight this battle. The main fear is that the bill as written threatens our rights and freedoms by giving more power to the police and Canadian Security Intelligence Service officers without increasing the agency’s accountability or oversight. For example, the bill would allow Canadians to be spied on without a warrant and arbitrarily imprisoned.

On the one hand, I was pleasantly surprised on my recent visit to the Gérald-Godin CEGEP that several students were aware of the bill. I also received some calls and emails about it. On the other hand, however, I am concerned that so few people even know about the bill, which some compare to the War Measures Act passed on August 18, 1914. Nevertheless, I remain convinced that it is possible, indeed critical, to fight threats to our safety while protecting our rights and freedoms.