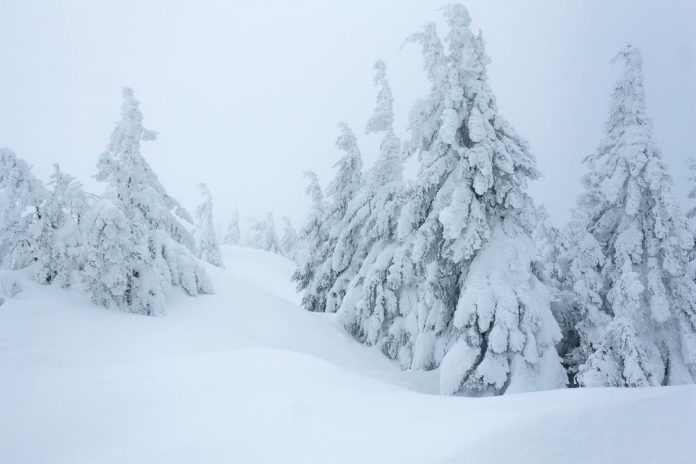 Pepper, a 10-year-old German shepherd who has gone missing some time ago, has managed to find her owner Donna Adams and her family. Earlier this month, the Adams family had to travel to Whale Cove, and since the flight was canceled, they decided to do so by snowmobile. When Pepper found out that they will be staying at home, she was displeased.

“She was really, really trying to follow us. She even hopped on the sled. We told her to get off and go inside, go home,” Donna Adams recalled.

The dog was made to stay home with one of Adams’s daughters. She was supposed to catch a rescheduled flight to meet her family in Whale Cove. After the daughter left home, the dog disappeared.

“They looked everywhere. And she doesn’t move around anymore. She doesn’t leave,” Adams said.

At the time, the family was dealing with a tragedy; therefore, solving Pepper’s disappearance was not a priority.

“We just let it go. We kind of just accepted that, well, she’s gone,” Adams said.

Pepper is not a lazy dog. According to Adams, she doesn’t like being out of town, especially in the wild.

“The land freaks her out, like it’s too quiet,” Adams said. “There’s nothing around, she’s too big and slow to catch siksiks [ground squirrels] … no people and nothing around — that’s what bothers her.”

While staying in Whale Cove, Adams met a person who showed her a picture of a dog who roamed the surrounding area. It was Pepper. The dog has managed to overcome her fear of the wild and traveled alone for days across the snowy tundra, looking for her family. Since Whale Cove is not that big, Adams has found her dog quickly.

“She looked a lot, like 10 years younger — because she lost a lot of weight! I burst into tears the moment I saw her. I don’t think I’ve ever experienced that. Just burst in tears of joy.”

The whole family was overjoyed to see their favorite dog again.

“Everybody was so happy to hear of the story. I mean, especially on her own, completely on her own! And she’s never been taken to Whale Cove with us before. We were all so excited, and relieved — and very proud of her.”