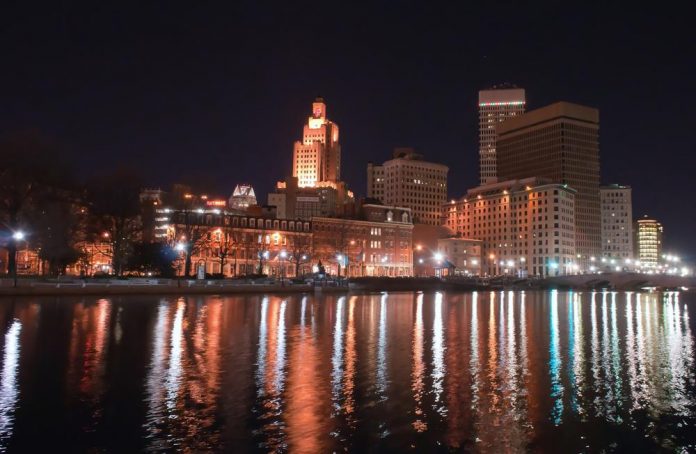 The COVID-19 pandemic exposed the need for increased staffing at long-term care facilities, and one N.S home has found hope in a place where hope is usually in short supply.

Glen Haven Manor in the town of New Glasgow is part of a federal project, working in collaboration with the United Nations and many NGOs, to recruit skilled workers from refugee camps in the Middle East and Africa.

Ottawa’s Economic Mobility Pathways Pilot (EMPP)program was established in 2018 with the aim of easing the skilled labor shortage in Canada while playing a humanitarian role.

Glen Haven has hired five persons under the federal program. Khodor Ramlawi was the first, joining the home’s staff in December last year.

Although his wife, Maya, is Lebanese, he and their two daughters had no status and were classed as Palestinian refugees.

The family was living outside of a Palestinian refugee camp in Lebanon, where Ramlawi also worked, when he was recruited.

Ramlawi said he was a registered nurse in Lebanon as well as a paramedic instructor who worked in emergency departments and operating theatres for 20 years.

“My friend told me, there’s an NGO, her name is Talent Beyond [Boundaries] that can help you to apply for Canada,” he said.

Talent Beyond Boundaries in an NGO working with the federal program to identify potential candidates in the Middle East. Another NGO, RefugePoint, does a similar role in East African countries.

Ramlawi said he had applied before to move to Canada without success but took the chance and applied to the organization.

In just two weeks, officials asked for his CV, he said, and two weeks later they told him hed had an interview with Glen Haven Manor. He was successful.

“I told my wife, we are going to start our dream, and that’s what happened,” he said.

Ramlawi and Maya moved to Canada with their two young daughters.

Many newcomers have joined staff

For one resident of Glen Haven Manor, it is a move that has made her life easier.

Dorothy Royles is one of 6 persons cared for by Ramlawi in his position as a counting care assistant.

“From getting the breakfast trays until the last thing at night, he’s on the ball,” she said. “Giving and doing everything for every one of us all day long. Couldn’t have a better nurse if we tried.”

Glen Haven Chief Executive Lisa M. Smith said that despite the challenges posed by the COVID pandemic and quarantine restrictions, two additional newcomers have joined the staff since Ramlawi’s arrival. The duo hails from Kenya.

She said two additional persons are in quarantine and are expected to join the Glen Haven staff within a week and a half.

“Candidates under EMPP, they come with outstanding credentials and skills, and the passion that they bring to their role is just something that is immeasurable,” Smith said.

It is a sentiment shared by Michelle Lowe, executive director of the Nursing Homes of Nova Scotia Association.

She stated that Glen Haven has been a “very innovative leader in this sector” as it related to recruiting refugees.

“I have had the pleasure of meeting them; they are incredibly skilled,” she said. “And they bring a skill set that we need here in Nova Scotia.”

Lowe said while long-term care is not the only sector seeking outside the country to recruit staff, it is a reflection of the state of long-term care and health care in N.S.

She is hoping other employers in the province will join the program to bring skilled persons to Nova Scotia.

‘We’re in a position where we need to be creative’

Smith said there simply are not enough persons who want the opportunities in Canada.

“We’re not attracting people from Pictou County, Nova Scotia or even Canada,” she said.

“The role doesn’t pay enough. There aren’t enough of them and the workload is too heavy. So we’re in a position where we need to be creative.”

Smith said the humanitarian aspect is important too, as refugees are given the opportunity to build new lives and bring their families with them.

Ramlawi said N.S is a far safer and freer environment than the refugee camps in Lebanon.

“It is a bad, bad situation. There is a financial crisis there,” he said. “There is no food for babies, there is no medication, there is no electricity, there are no fuels. And you are always thinking about your family.”

Moving to Canada also means that he is working in a far lower position than those for which he’s qualified.

He said having his credentials certified or starting university over from scratch is too expensive for a father on a low income who is providing for a family.

His wife, Maya, who holds a bachelor’s degree in education and French, said it is easier to get her credentials recognized in Canada than it is for him.

“I wish it was not … because he already has his experience, but I don’t know, maybe things will be better in the future, maybe for our kids,” she said.

Ramlawi said he loved his job and sees the people of Glen Haven as family. He is hoping that even if he has to make sacrifices by working in lower-paying positions, his kids will have a brighter future.