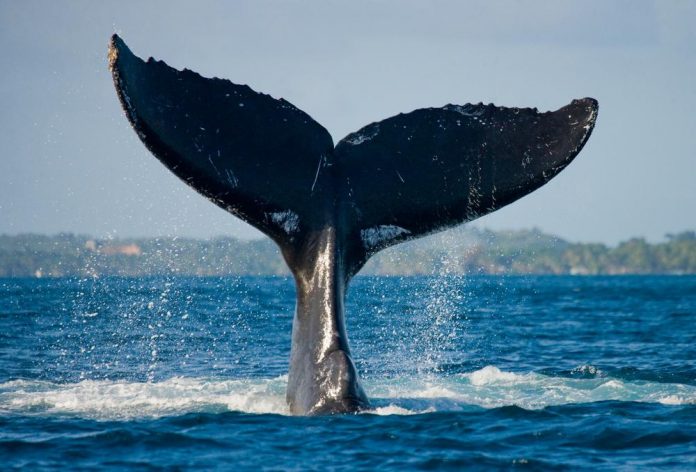 Officials in the U.S are investigating the death of a North Atlantic right whale that was found dead on a Florida beach Sunday.

The youngster, estimated to be about a month old, was found in Anastasia State Park, near St. Augustine, as per a Facebook post from the Florida Fish and Wildlife Conservation Commission’s Fish and Wildlife Research Institute.

The post stated that the night before the calf was found, the captain of a 16m sport fishing boat reported hitting a whale near the entrance to St. Augustine Inlet. The vessel started taking on water and soon grounded to prevent it from sinking.

Fresh bruises on the whale’s back and head indicate it was hit by a vessel’s propeller, according to the research institute. The carcass also had broken ribs and cuts, which are consistent with impact trauma. Final results of a necropsy are yet to be issued.

The research institute said the youngster and its mother, Infinity, had not been spotted in the calving grounds since mid-January.

On Tuesday, the mother was spotted for the first time since the youngster’s death, and she too had injuries consistent with a vessel strike on her left side, as well as a series of fresh cuts, according to the research institute.

North Atlantic right whales migrate yearly to regions such as the Bay of Fundy and the Gulf of St. Lawrence to mate and feed before moving on to areas off the shores of Georgia and Florida to give birth to their young in the cold months, said Amy Warren, a right whale researcher with the Anderson Cabot Center for Ocean Life at the New England Aquarium in Boston.

Infinity was seen in the Gulf of St. Lawrence every summer for the last four years, Warren said.

However, in the last 3 years, the endangered species has been hit by deaths caused by vessel strikes and fishing net entanglements.

Since 2017, 33 whales, including the most recent one, have lost their lives in Canadian and U.S waters, as per the U.S National Oceanic and Atmosphere Administration (NOAA).

Another 14 live whales have been found with injuries, NOAA added.

“The population is estimated to be right around 350 individuals right now, so any loss is devastating to us as part of the community making efforts to protect these right whales,” Warren said.

She said leading up to the drop in North Atlantic right whales, 23 were born annually. Thus far this breeding year, 15 mother-calf pairs have been reported, including the most recent to have lost its life, Warren said.

Last November, another right whale calf was found dead, though it was found to have died from natural causes, said NOAA.
Investigation to begin

In its Facebook post, the Fish and Wildlife Research Institute said mother-calf pairs spend most their time at, or just below, the water’s surface.

“Vessel operators are urged to slow down (10 knots or less), remain alert while traveling through nearshore waters in Florida and near inlets, and to give these animals space when sighted,” the institute said.

NOAA spokesperson Allison Garrett stated in an email that she could not comment on how fast the vessel was moving or whether its operator was breaking any laws at the time, as such info is part of an open law enforcement probe.

Warren added that the communication to boaters is to always keep a keen eye on the water. However, NOAA wants to see tougher rules for boats to better protect right whales.

She said only vessels longer than 20m are required to limit their speed to 10kn in some parts of U.S waters at particular times of the year to protect right whales.

“We believe that the vessel that struck this calf was under 65 feet (20 metres), so there was no speed restriction. And we do think that speed could play a role,” she added.

Warren also said that there should be speed limits for vessels measuring under 20m. In 2020, the Canadian government implemented a compulsory 10kn speed-limit restriction throughout almost the entire of the Gulf of St. Lawrence for boats bigger than 13m, in an attempt to protect the right whales.

Extra measures taken by Transport Canada last year included two speed-restricted seasonal management areas, a provisional voluntary speed limit of 10kn in the Cabot Strait, as well as a restricted area in the Shediac Valley between Prince Edward Island and eastern New Brunswick. Boats were ordered to avoid that region or reduce their speed to 8km.