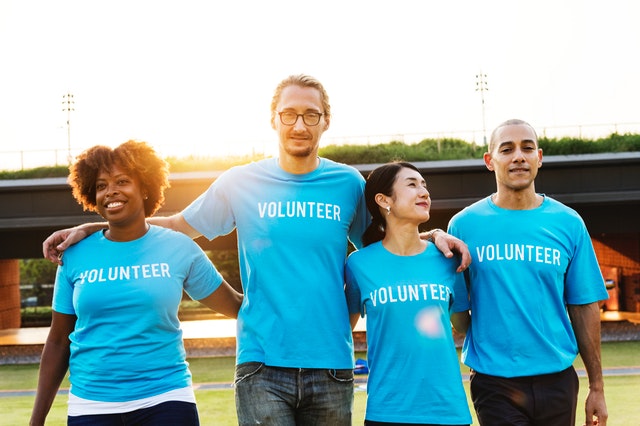 Canada’s Walk of Fame announces its first-ever national call for submissions for the 2019 Community Hero Program, presented by Maple Leaf Sports & Entertainment (MLSE) and Scotiabank. Now in its second year, the Community Hero Program recognizes a young Canadian under the age of 30 who is making an impactful change in their communities. Canadians are being asked to nominate a deserving candidate by visiting canadaswalkoffame.com and describing the nominee in 500 words or less. The Grand Prize Winner will receive a $10,000 donation to the charity or cause of their choice, tickets to attend the 2019 Canada’s Walk of Fame Awards and Gala where they will be recognized, and an invaluable mentorship opportunity with a fellow Canadian hero, to be announced. Submissions will be accepted beginning today through to Tuesday, October 15th at 11:59 p.m. EST.

In the inaugural year of the program, Canada’s Walk of Fame awarded the 2018 Grand Prize to Stella Bowles from LaHave, Nova Scotia. At the age of 11, Stella learned that her community used straight pipes that flowed into the LaHave River – sending raw sewage directly into the local waterway. Stella researched the impact that straight pipes had on the health of the river and created a movement with thousands of followers raising awareness of the polluted water. As a result, three levels of government came together to pledge a $15.7 million clean up program for the river.

“Winning the Canada’s Walk of Fame Community Hero honour has allowed me to share my story across Canada. I want youth to know that regardless of their age, they can make a difference. I am proof of that,” said Stella reflecting on the impact the program has had on her young life.

“Stella is a powerful example of what young people in Canada are able to achieve,” said Jeffrey Latimer, CEO, Canada’s Walk of Fame.  “Canada’s Walk of Fame is about celebrating great Canadians and their incredible accomplishments.  With this Program, and the generous support of our partners, we can find local heroes who are making their voices heard and doing extraordinary things in their communities to inspire all Canadians.  They too are our stars.”

For more than 20 years, Canada’s Walk of Fame has celebrated its Inductees – our country’s great achievers.  Through the Community Hero Program, it is providing a platform to recognize youth across Canada who dare to dream big and are contributing to our national identity. The Community Hero Honour is awarded to a young Canadian who is making a difference and whose actions, work, project, or volunteer efforts serve as a role model to others. Community Heroes go above and beyond the call of duty and have touched the lives of those in their communities, because of their extraordinary actions, words or gifts of kindness and compassion.

“MLSE is proud to support Canada’s Walk of Fame and the Community Hero program,” said Michael Bartlett, Vice President of Community Affairs at MLSE. “Canadians are so passionate about celebrating our teams and athletes so it’s fitting that we now focus our efforts on celebrating young Canadians who are making a tangible impact on their communities.”

“Scotiabank is committed to helping young people reach their infinite potential,” says John Doig, Executive Vice President, Retail Distribution, Scotiabank. “Young people are our future leaders and Scotiabank’s goal is to help ensure that they have the necessary skills and resources they need to support their success. We know that how we support them today, can prepare them for tomorrow, and that’s why our sponsorship of Canada’s Walk of Fame and the Community Hero program are a natural fit for Scotiabank.”

The Grand Prize winner will receive a $10,000 donation to the charity or cause of their choice and two tickets (including airfare and accommodations) to attend the 2019 Canada’s Walk of Fame Awards Show and Gala, where they will be recognized during the national broadcast on CTV.  The winner will also receive opportunities to participate at Canada’s Walk of Fame events throughout the year, media opportunities to promote their cause including a full-page ad dedicated to their cause in the Globe and Mail, and access to mentorship from a significant Canadian hero.

Visit www.canadaswalkoffame.com for details on eligibility and submission requirements.  Program is not currently eligible to Quebec residents. Only one Grand Prize winner will be chosen, by a selection committee comprised of significant Canadians and will be announced in late fall.

Canada’s Walk of Fame was established in 1998 by founders Bill Ballard, Dusty Cohl and Peter Soumalias, with Dianne Schwalm and in partnership with Gary Slaight.

About Scotiabank
Scotiabank is Canada’s international bank and a leading financial services provider in the Americas. We are dedicated to helping our more than 25 million customers become better off through a broad range of advice, products and services, including personal and commercial banking, wealth management and private banking, corporate and investment banking, and capital markets. With a team of more than 100,000 employees and assets of over $1 trillion (as at July 31, 2019), Scotiabank trades on the Toronto Stock Exchange (TSX: BNS) and New York Stock Exchange (NYSE: BNS). For more information, please visit www.scotiabank.com and follow us on Twitter @ScotiabankViews.