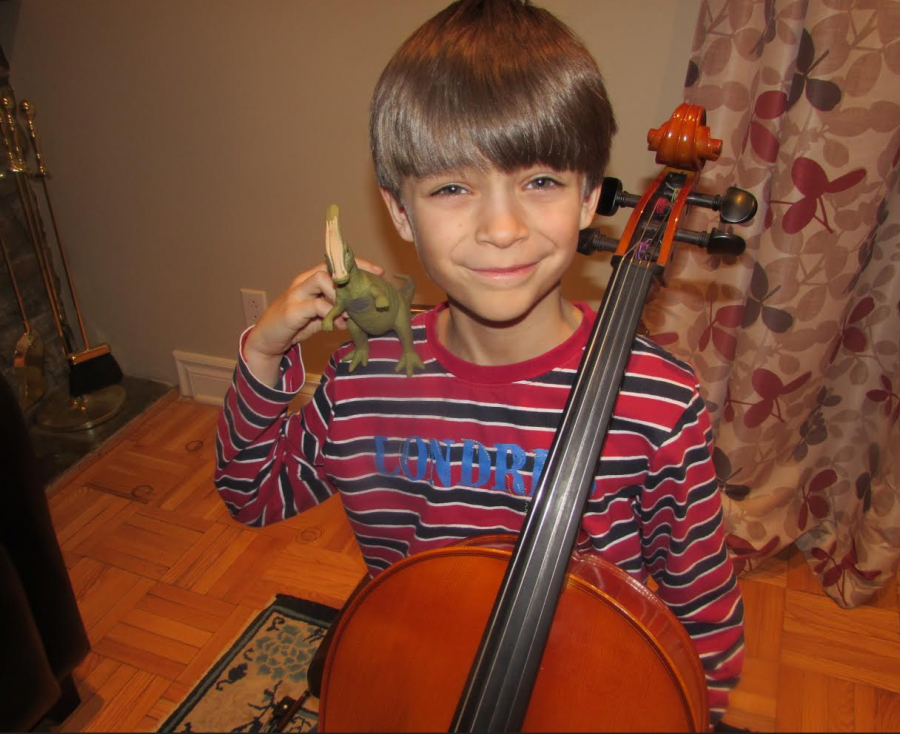 When The Suburban caught up with nine year old  Beaconhill resident Elliott Seah he had just finished a day of school at the grade five level and his daily cello practice.  Elliott was anxious to discuss his latest endeavour, the publication of his book Petit guide des dinosaures.

Elliott’s book, to be published this coming October by Éditions MultiMondes, will have 48 pages and consist of images and text that will hopefully fill the void in non-fiction reading that according to Elliott was lacking.

“My love for palaeontology grew when my dad introduced me to dinosaurs when I was 4,” Elliott told The Suburban in an interview, “I felt there were not enough books for my level.”

As part of a school assignment in the gifted program at Marguerite Bourgeois elementary school, Elliott had to write a book that would remain in the school library. As part of the research process Elliott consulted on FaceTime once a week, with Canada Research Chair in Vertebrate Palaeontology, Hans Larsson.

According to Elliott’s mom, elementary school teacher Isabelle Champagne, it was Hans Larsson who suggested that Elliott bring the book down to the Redpath Museum to show it off at the 60th annual Conference of Canadian Palaeontologists.

“It was at the conference that many palaeontologists wanted a copy of the book and suggested we try to get it published,” Champagne explained, “We were very excited when we brought the project book to the book show at Place Bonaventure last fall, Elliott got three offers.”

The book will be launched at Elliott’s school in October.

“I am working on a blog/website with my parents to go with the book so I can keep people updated on the most recent discoveries in Palaeontology,” Elliott reported.