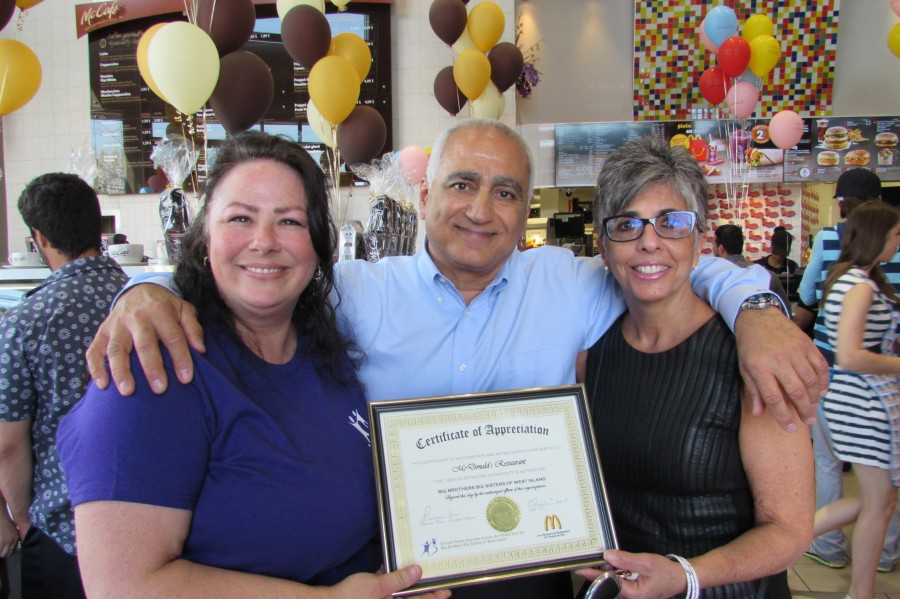 “It is a privilege to be able to contribute to the wellbeing of children in the community,” Gail Cassir told The Suburban. “Each year the West Island franchisees choose a community charity to donate McHappy funds.”

“This has been a bit of a homecoming for me,” DiMonte told The Suburban, “I worked with Fred at McDonald’s when we were kids. When I left McDonald’s, I moved to Winnipeg and went into radio.  About a year later I joined big brothers.”

DiMonte was matched with his little brother Jeff when he was 12. Jeff turned 49 this past April.

“We are close now as we have ever been, he is like family to me,” DiMonte said. “I am proud of the way he grew up, I like to think I had some influence. The experience is just as enriching for me, I learned a lot about patience and mentoring.”

“I loved the experience, I highly recommend it,” DiMonte continued, “Contrary to what people think it is not a huge time or financial commitment to throw a football around on a Sunday afternoon but it can make a huge difference in a young person’s life in the critical years.”