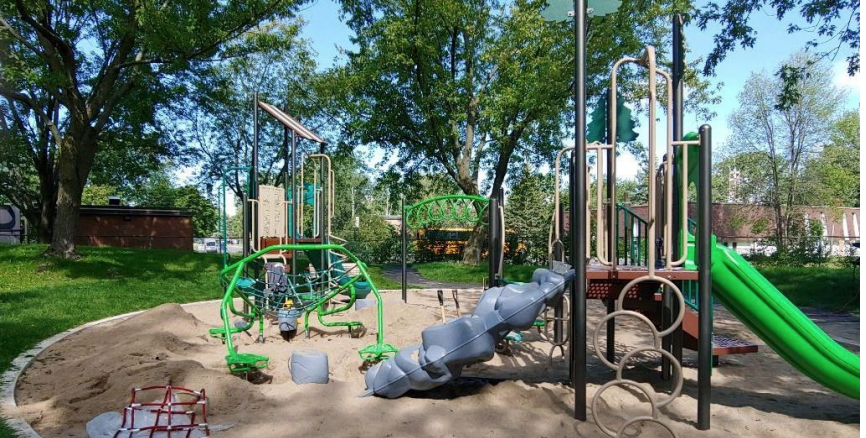 The city of Dollard-des-Ormeaux is excited unveiled new play equipment in the “Kiddy Koral” section of Coolbrooke Park on Tuesday, August 25.

The park’s old play equipment dated back to 2001 and needed to be renewed. As a result, the City researched and designed a next-generation recreational space.

The contract was awarded to Tessier Récréo Parc at a total cost of $93,000. The layout of the new playground promotes motor development and sensory experimentation for children between 2 and 5 years old.

“The development and growth of our children is a priority for us,” said Alex Bottausci, Mayor. “In designing this new playground equipment, we wanted to create an environment that was as stimulating as it was fun.”