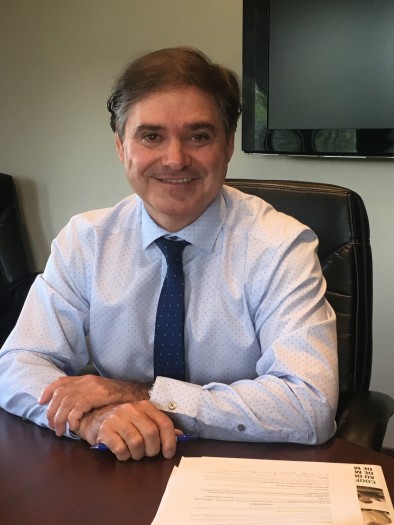 Serge Poirier, the new General Manager of the four West Island Branches on the West Island since March, believes he can help bring apprehensive anglophones to Desjardins. Desjardins, which opened it’s doors in 1900 today has 48,000 is one of the largest corporate employers in Quebec and holds $248 billion in assets hopes to broaden their scope to the English speaking community on the West Island.

According to Poirier, there is room to grow in the English speaking and allophone Communities.

“We need a different approach than we (Desjardins) have had,” the banking veteran shared. “Stats Canada says 68% of the people on the West Island are English. My Caisse is only 27% English in all four Caisse. This gives me a lot of room for improvement.”

“I want to create three focus groups where people can let me know what they are looking for,” Poirier stated. “One focus group for anglophones, one for members and one for allophones.”

Poirier is not unfamiliar with cultural diversity having grown up in the mining town of Murdochville located on the Gaspé Peninsula. Its population is 764.

“Murdockville is a copper town,” he explained. “People from all around the world come for work in a mining town. It is home to many diversified cultures.”

In addition to English and French, the 86 employees of Caisse Desjardins de l’Ouest-de-l‘Île speak 15 other languages among them, which reflects the area’s diversity.

“Our different clienteles aren’t that different from each other. Everyone wants to do business with a financial institution that meets their needs and shares their values. That’s where Desjardins stands out from the competition. Our values of solidarity and mutual assistance are important to everyone, as we saw when helping flood victims this spring,” says Poirier.

Since 2011, Desjardins has given close to $4 million in donations, sponsorships, and scholarships to education, health, culture, sports, community and economic development organizations and institutions on the West Island.

For example, over the last five years, Caisse Desjardins de l’Ouest-de-l‘Île has donated a half million dollars to the John Abbott College Foundation. “When I recently spoke as Honorary Co-Chair of the Foundation at a fundraising event, several anglophones were surprised by Desjardins’s community involvement, so they came over to congratulate me and ask questions,” says Mr. Poirier. “Desjardins is the best-kept secret on the West Island, so we need to strengthen our presence there.”

Unlike the banking sector, which is currently undergoing some changes on the West Island, Desjardins is growing and will open a new service center in the area in the next few months. Regarding communications and marketing, Caisse Desjardins de l’Ouest-de-l‘Île will soon launch an initiative to court the anglophone and allophone markets. “Good Things Happen Here!” is the message that will appear on several platforms to promote Desjardins’s community involvement, highly competitive offer and financial stability.