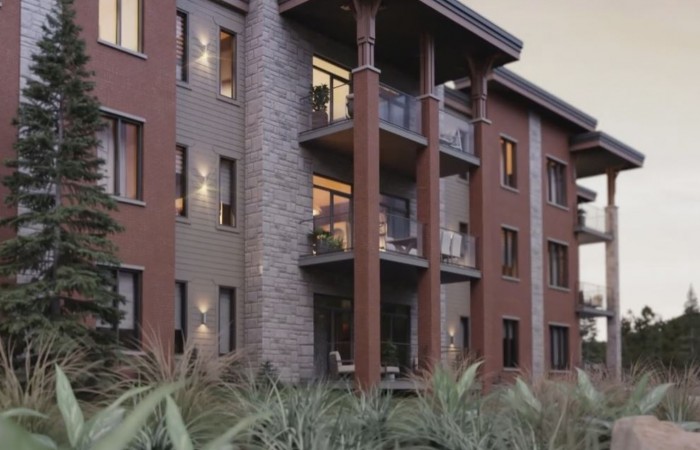 An impact study prepared by Valiquette, Martin, Montmarquet, Poissant and Associates (VMMP), suggests a rise in property value for those adjacent to the new Adamus project in Beaconsfield.
“This project is obviously a good one and given the quality of this project, I expect the value of the properties in the area to increase because of it,” said Sales Director Bernard McHugh. “The higher the value of new construction, normally generates higher values for the adjacent area.”
The report suggests that even without the new project to be built where The Club West Island once stood, the area’s proximity to the train station will gradually gain value over time.  However, given the superior quality of the project expected to commence construction imminently, VMMP believes it will unite the urban fabric and create a homogeneity in the sector.
The report also states that since the project required the zoning to change from commercial to residential, it will improve the quality of life for the residents who were directly impacted by the coming and going of customers at The Club.  VMMP states that any property’s value is directly influenced by the properties next to it.
The 140 unit development will allow for a more varied selection of residential housing for the City of Beaconsfield where a lack of senior-friendly housing is in evidence. This structure will also act as an acoustic barrier.
On Monday, Sept. 26 at 7:30 p.m. — prior to the regular monthly council meeting — the project will be subject to a public consultation regarding the modification of a bylaw to allow for the same project to become a four-storey structure (three levels plus a penthouse).
6