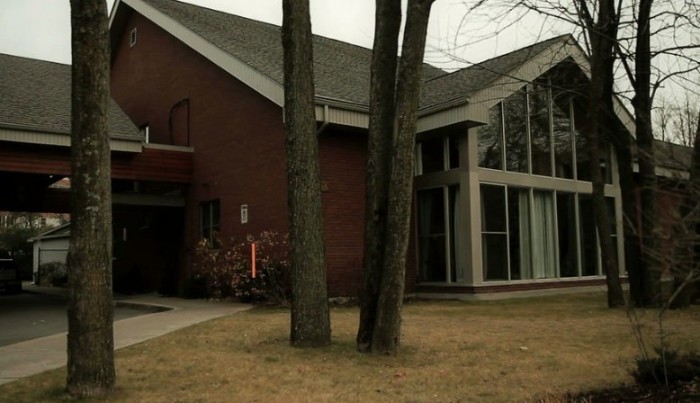 New board members were elected and retiring ones thanked at the recent annual general meetings of the West Island Palliative Care Residence and its Foundation. The meetings officially end the 2015-16 fiscal year for Canada’s largest freestanding palliative care facility, one marked again by very strong support from the West Island community.

Rhonda O’Gallagher, Vice President, Corporate Affairs of Pfizer Canada Inc., was elected the new President of the Foundation Board, succeeding Robert Havill, Director, Wealth Advisory, TURN8 Partners, who served the past two years and continues on the Foundation board as Past President but has retired from the Operations board. The new Vice-President is Janice Murray, CPA, CA, CFO, LACan Region Novartis Pharmaceuticals, Treasurer is Gilles Girouard, CPA, CMA, Planner – Administrative Office – Culture, Sports, Leisure and Community Development, City of Pointe-Claire and Richard Pattee is Secretary.

Several retiring Directors were thanked at the meeting for their volunteer service to the Residence. In particular, Beverly Robb, President, Marshall Equipment Ltd., was thanked for her 14 years of service on both boards, including serving most recently as President of the Operations Board. After remaining as Past President for the last year she has now retired from both boards.

“Totally committed volunteers such as Bev Robb are crucial to our success, both financially as well as helping us deliver quality palliative care to our community,” said Teresa Dellar, Executive Director and Co-Founder. “Bev’s commitment to our success has been unwavering and we thank her and the other retiring directors for their great work and support. The expertise all our directors bring helps us immensely.”

Russell Williams, Co-Founder of the Residence and Vice-President, Government Relations and Public Policy, Canadian Diabetes Association, is an Honourary Founding Member of the boards. Also on both boards are Teresa Dellar, MSW, PSW, FT and Lori Morris, CPA, CA.

It was reported during the annual meetings that the Residence admitted 382 patients in the 2015-16 fiscal year which ended March 31st. There were 362 deaths, essentially the same as the year before. The average stay at the Residence was 16 days.

All care is free of charge to patients. The Quebec government pays about one-third of the Residence’s operating budget with the remaining amount, totaling over $3 million a year, coming from generous community donors and participants in Residence fundraising events, all of which reported increases in net contributions during the past year.

“We are very indebted to our donors and the many volunteers who make our fundraising events possible, as well as those who attend,” added Ms. Dellar. “Their efforts and generosity are absolutely crucial to us being able to continue to serve the community.”

Trained volunteers are also vital in providing services at the Residence. In the past year, 279 individuals provided a total of 23,567 hours of service in many areas including reception, maintenance and laundry, kitchen and meal service, patient care and administration, as well as providing bereavement services. This work is the equivalent of 13 full-time staff members.

The West Island Palliative Care Residence provides terminally ill patients with a place to spend their final days in a warm, home-like environment, close to their family, and in their community. The freestanding Residence, which is the first of its kind in Montreal, provides palliative care for terminally ill people to live out their final days in comfort and dignity. Recognized across the province and Canada for its excellence in palliative care, the facility has welcomed more than 3,300 patients in the final stages of ALS, multiple sclerosis, cardiovascular disease and cancer, as well as their family members. To learn more, visit PalliativeCareResidence.com.