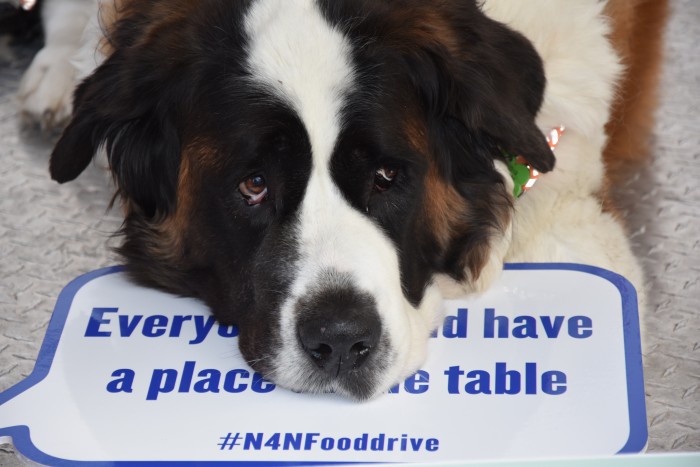 Hundreds of West Islanders gathered at the Provigo Le Marche in Kirkland to banish hunger on the West Island last Saturday, November 4. The second annual Neighbours for Neighbours Food Drive started with a simple Facebook conversation between two mothers last year, Stephanie Koury and Rhonda Massad, trying to teach kindness to the next generation.

What happened next was heartwarming and not uncommon on the West Island. The community took notice of the little engine that could and within hours hundreds of people had been invited to the Facebook Event.

Live Facebook reports from the food drive confirmed that schools on the West Island have children spending their days hungry.

Desjardins West Island once again threw their support behind the drive along with Provigo Kirkland, MINC and West Island Blog in sponsorship of the fight to eradicate hunger in the community. MINC Incorporated handled the marketing, 94.7 agreed to broadcast live all morning and Provigo Kirkland offered up the venue.

Youth photographer Madison of Beaconsfield alongside another Beaconsfield resident, Daniel Mongeau, took countless pictures of the community joining hands for the cause later to be shared on West Island Blog’s social media. 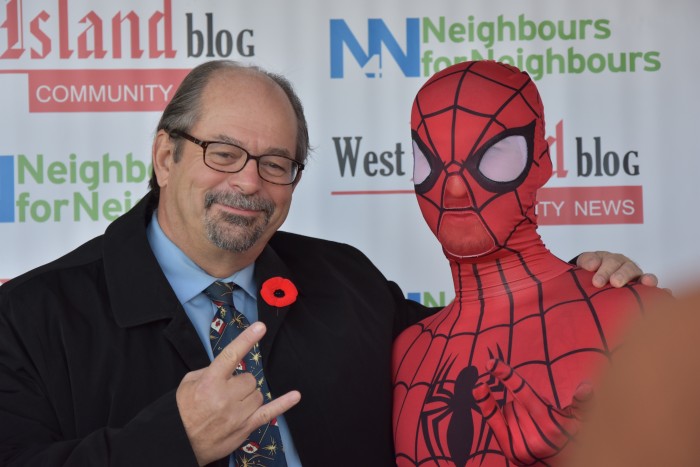 Member of National Assembly of Quebec for the riding of Jacques-Cartier, Geoffrey Kelley, once again contributed $500 from the Soutien-Action-Benevole, for each of the five food banks that expressed a need. Member of Parliament for Lac Saint Louis Francis Scarpaleggia donated food and both politicians posed for pictures with Spiderman.

Along with many volunteers, Dollard Des Ormeaux Girls Water Polo team volunteered to carry food from cars to the depot, served hot chocolate and kept warm in the Desjardins Mobile Banking unit. 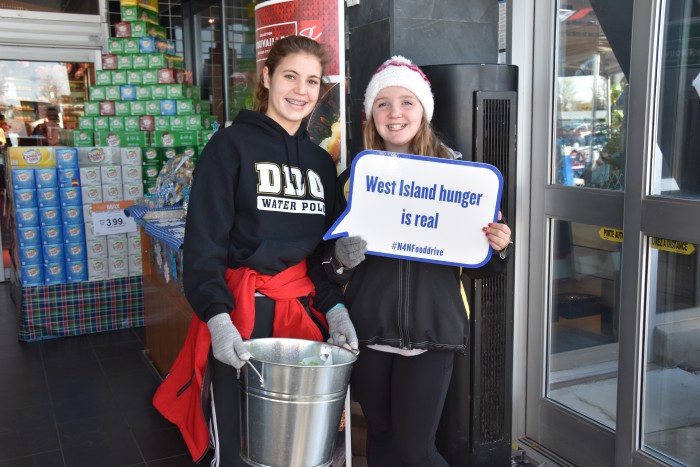